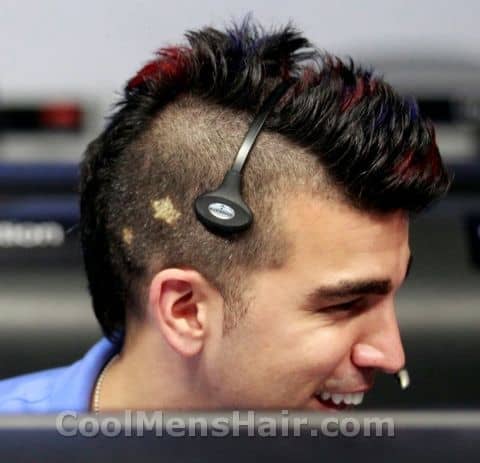 For anyone who has considered replicating the Bobak Ferdowsi mohawk haircut, help is available when you get the facts about the design. The hairdo is one that caught the eye of a lot of people.

You might not recognize the name, but if you watched the feeds coming from NASA during the recent abundance of publicity and interviews about the Mars rover, Curiosity, this young man’s hairdo was the object of curiosity that almost matched that of the rover.

Ferdowsi is the flight director for Curiosity and was very visible during the seven minute drop into the Martian atmosphere. He attained quite a following of followers on various social media venues. His funky do made him a visible reference point in the otherwise scientific and techno environment of the laboratory.

The hair style is a true Mohawk with a three to four inch band of hair extending from the forehead all the way to the nape of the neck. The hair length of the spiked locks is about the same as the width on the top of his head and gradually shorter down the back.

Although his hair is thick and dark, he sported red and blue stripes for the patriotic event. Bleached white stars are seen on the side of his head, where the hair is much shorter, barely a quarter of an inch long.

As might be expected, this is not a low maintenance style. It requires a stiffening agent to make the strands stand up and away from the head. In the flight director’s case, the front locks come slightly forward before sweeping back.

The Bobak Ferdowsi hairstyle is certainly distinctive. Paired with short facial hair in a look that appears like a two-day growth of beard, it is no wonder there is interest in the man. His views on music, reading and recreational activities are the object of discussion.