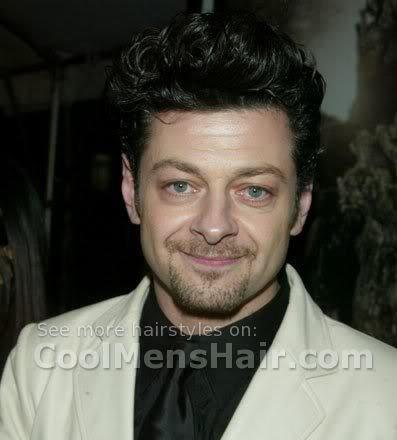 English actor, author, and director, Andy Serkis, is probably best known for playing Smeagol/Gollum in the Lord of the Rings Trilogy. Most of the time, he provided the movement and voice for the CGI character, but he is seen in the opening sequence of The Return of the King where it shows how Gollum came into position of the Ring.

Serkis also played King Kong in the most recent remake and plays the part of Caesar in this year’s remake of Rise of the Planet of the Apes. Though not often actually seen on screen, Serkis has thick, curly hair. 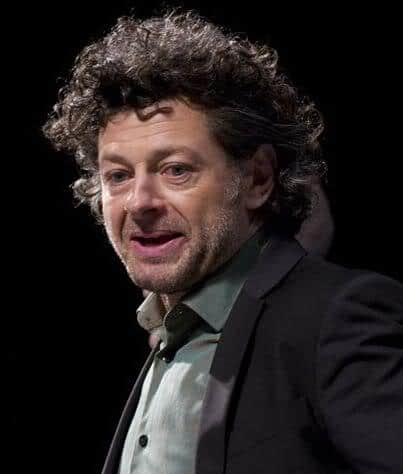 Andy Serkis with his curly hair at the 2011 Comic Con. Photo by Associated Press.

At the 2011 Comic Con, Andy was seen wearing his hair in a casual style that looked as if he had done nothing with it. Of course, this is illusion. His hair has enough natural curl that can get out of hand quickly without proper care and maintenance.

This style allowed him to grow his hair out a bit longer so that all of the curls could be seen. Styling was a simple matter of running his hands through the hair with a small amount of gel on them to provide a slightly damp look. 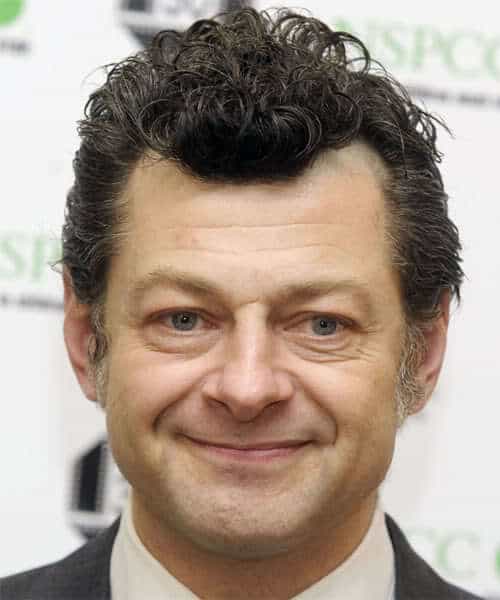 In more formal settings, he has been seen with his hair cut short on the sides and back and the top razor cut to provide added texture. The sides were slicked back next to his head and the back combed straight down. The top was left longer and cut to leave jagged edges that added height to his look and encouraged the curls to go where they would. Again, gel was used to hold the hair in place and impart a wet look.

Andy Serkis curly hairstyles are very different, depending on whether he is in a casual setting or somewhere that he needs to look more formal and clean cut.