Xabi Alonso is a Spanish footballer, best known for his passing ability. As a member of the Real Madrid team, he is widely considered to be one of the best passers in the sport. In a field where many of the best names have long locks and unusual hair styles, the Xabi Alonso hairstyle is neat and unique. His hair is short without being shaved and he has very short facial hair with little or no shaping. 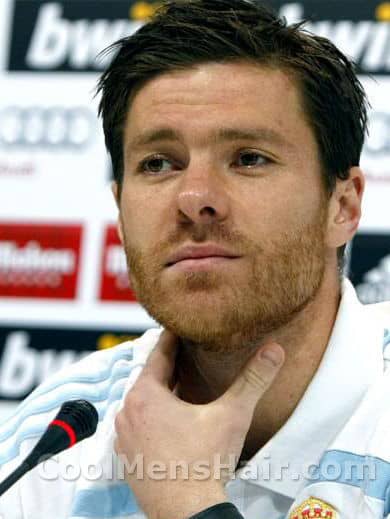 His hair is dark and thick. His ears are fully exposed with short trimmed sideburns that end at mid ear. The beard begins at the same level. His beard appears more reddish than his hair color. The hair color is quite dark. The hair texture is quite thick with an obvious springiness. 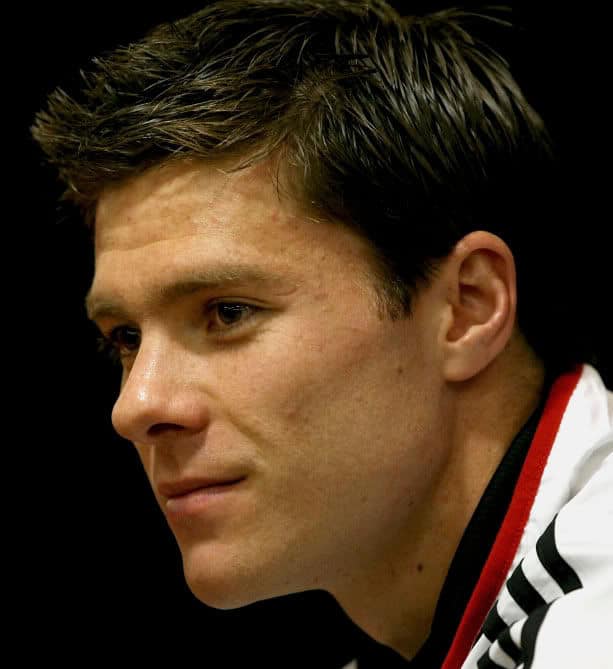 When looking at the styling looks of this athlete’s hair, it appears that more time has been spent in styling and grooming the facial hair than the scalp hair. A great deal of variety in how he has shaped the beard or lack of it show in images over the months and years that he has been in the public eye. At times, he is clean shaven, at other times he sports a beard that can be best described as scruffy. 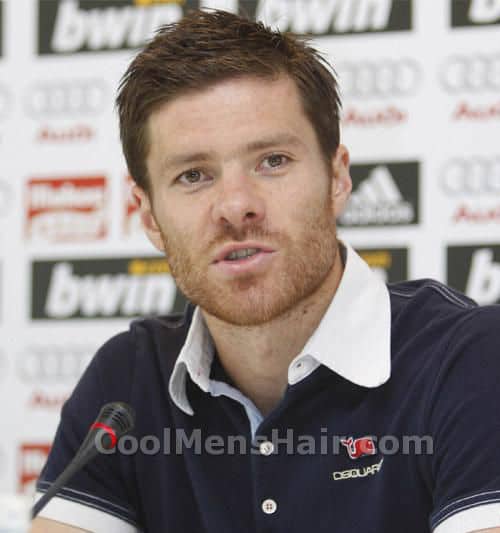 The player’s head hair is trimmed to about one-half inch on the sides and is longer on the top of his head. There is height on top of his head, but it is largely due to the thickness of the cut and hair density rather than to any type of styling tricks.

The Xabi Alonso hairstyle is thick and requires wiry hair or a heavy duty styling spray which doesn’t weight the hair down. The hair that is dense and grows close together is a better choice for this style. It is suitable for men of all ages and hair of all colors.