Going gray is something that most of us will have to face at some point in our lives. Caucasians tend to get gray hair at an earlier age than Asians and other races, but sooner or later it happens to those who live long enough. In some cases, gray begins to show in the hair at a much younger age. It is, therefore, important to understand what causes gray hair.

In truth, what we call gray hair is not really gray. The strands are really translucent due to a lack of melanin, the pigment that gives our skin and hair its color. Without this pigment, the skin would look completely white and the hair becomes a translucent strand that appears as gray because of the size of the hair shaft.

Our bodies produce hydrogen peroxide as a normal function of the oxygen cycle and respiration. We also produce a compound identified as catalase that breaks this peroxide down into water and oxygen so that it can be eliminated from the body. As we age, our production of catalase decreases and eventually stops. This allows hydrogen peroxide to accumulate in the hair follicles and block melanin from entering the hair.

We also produce an assortment of enzymes that both act as aids to melanin and work to prevent its production. As we get older, the balance of these enzymes shifts more heavily toward the side of producing less of this pigment.

In addition to aging, stress and some illnesses can disrupt this balance, causing our hair to go gray at an earlier age. Therefore, it is quite literally true that your children are giving you gray hairs. For many, their jobs are major contributors as well.

Anyone who notices a new President of the United States when he takes office and when he leaves will notice significantly more gray hair after just four years than he had going in. Other world leaders and those with highly stressful jobs are affected the same way.

Understanding what causes gray hair is one of the first keys to delaying it as long as possible. Stress leads to a decrease in production of melanin that would occur naturally over time, but is greatly accelerated due to the production of certain enzymes. Some illnesses can have the same effect.

Eventually, we all must face the fact that our hair is turning gray. It is a natural result of aging. The normal age at which it begins to occur varies by race, but it is unavoidable for those who live to a nice old age.

If you’re looking for the best guide to reverse gray hair naturally, I really recommend Gray Hair No More Method. The method will teach you how to reverse the graying of hair naturally and without the need of any expensive and harmful products. To learn the method, Click Here! 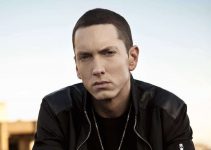