Ty Simpkins is no stranger to stardom. Despite his young age this young actor already has a stellar resume under his belt, with acting roles in the movies of Hollywood’s biggest directors. He has also acted with the likes of such A-listers as Kate Winslet, Tom Cruise and Jude Law.

He recently appeared in Iron Man 3 with Robert Downey Jr. in a role that exposed him to a wider audience and is definitely helping this young boy make his mark in the business. 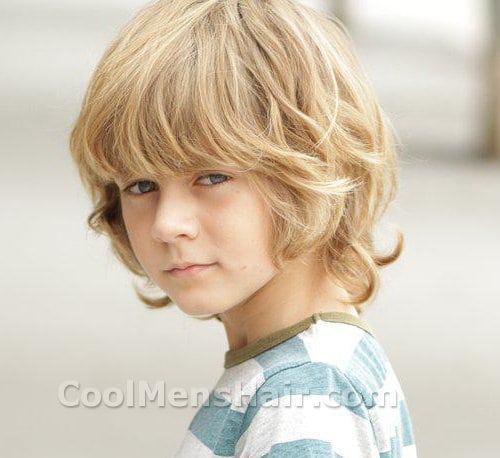 Simpkins’ hair style is typical for his age-shaggy and short which for most boys would be the most appropriate since this requires the least amount of maintenance. The shaggy hairstyle suits his young age well and frames his face, giving him that young and innocent look.

His head of blond hair is also the perfect complement to his eyes. His bangs are cut thick enough and just short enough to drop just over his eyebrows, which allows him to do all the things that a little boy does without having to flip wisps of hair out of his eyes.

The hairstyle also goes well with his naturally wavy hair. If you have a straight hair, you can make some big waves at the ends of the hair using a thick curling tongs. Comb the hair using your fingers or a wide tooth comb to create layers.

The highlights of light blond over the darks add texture and body to his hair and turns an otherwise ordinary hairstyle into something that perfectly fits his age. 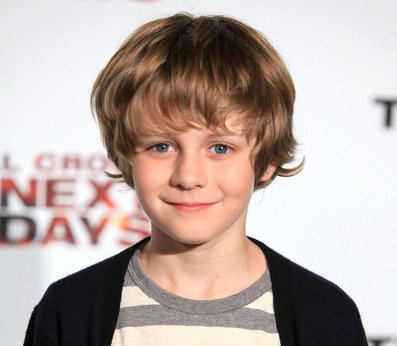 This style is great for young and older boys alike. The hair should be cut a bit past the ears and the ends can be cut with texturizing shears or a razor for the texture. Shaggy layers add more texture and depth to the hair. Bangs that go to one side are also better for those who do not want straight bangs that flow straight down.

Ty Simpkins hairstyles are great for those who want to accentuate their wavy hair as well and do not want to deal with any kind of styling. With a good conditioner a the hairstyle can be a great choice for most guys, young or old.