Men work every bit as hard as women trying to keep their parents looking well groomed and as good as possible. Many do not realize that this care even extends to grooming their brows. Knowing how to trim mens eyebrows hair is one key to maintaining a youthful well groomed appearance.

Rules for men vary considerably from those for women when it comes to this type of grooming. Where women often spend a great deal of time plucking and waxing, most men can achieve their best appearance by simply removing hairs that lies outside the defined shape and size of the eyebrows.

This includes complete removal of some hairs, especially that that lies between the eyebrows, forming a unibrow. However, in most cases, it is not even necessary to completely remove all of this growth. Men should begin by using a small brush or comb specifically designed for working with the eyebrow hairs and a tiny pair of scissors.

The brush or comb should be run through the eyebrows and held at approximately a 45 degree angle to the skin. The scissors should be used to remove any hair that extends through the comb or brush. This will serve to remove any excess bulk without unnecessarily removing hair at the follicle.

It is important to note that there are times when a man should leave his eyebrows relatively thick. This is especially true if there is a need to balance facial features such as large eyes or extremely angular features. However, by removing excess hair outside the boundary of the accepted shape, it is possible to avoid a unibrow and still look well groomed.

In some cases, men do find it necessary to use other means of hair removal in order to get it at the follicle level. The most common method used are tweezing and waxing. Both have distinct advantages and disadvantages, especially for those who are inexperienced at grooming their own brows. 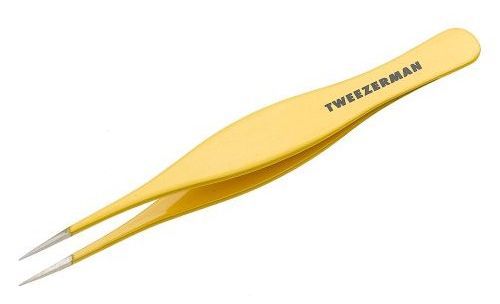 For these individuals tweezing is probably safer and less likely to result in excess hair removal than waxing. This is because using tweezers allows one to have an open visual field of what he is doing where waxing covers portions of the brow.

Fortunately, most men do not need to go to these extremes. And, there are professional grade tools available that can help make the job much easier. One such tool is the Japonesque brow groomer scissors/comb.

This grooming tool is designed to be used as both a brow tremor and set of cutting shears. By using with the commonplace one need only calm the brow hairs up and trim them at the desired location with the opposing blade. 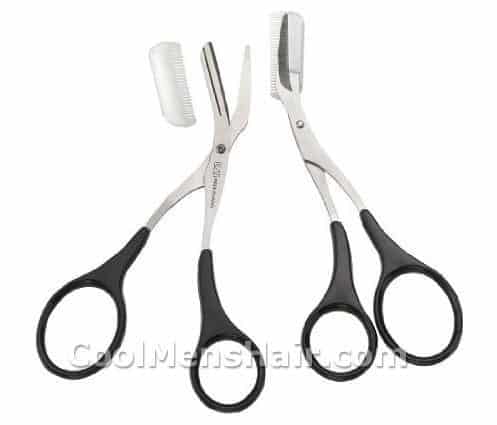 Removing the comb provides a precision cutting blade that can be used to shape and define the brow. The tool features rubber grips to help prevent slipping and they handle designed to maximize accuracy.

The end result is a surprisingly well groomed appearance with extremely little effort. With the right tools, and the knowledge of grooming and trimming eyebrows hair, a man can actually take years off his appearance.