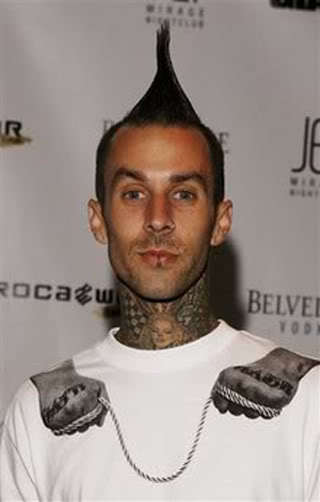 Travis Barker fanned Mohawk hairstyle.
Travis Barker is the current drummer for the pop punk group Blink-182. He is also the founder of punk clothing company Famous Stars and Straps and Lasalle Records. When not playing drums for his punk band, Barker also has interests in hip hop, alternative rock, pop, and country music. He has played drums for such artists as Avril Lavigne, Rihanna, and Kid Rock.

Barker is well known for performing shirtless on stage. His torso and arms are covered with a myriad of tattoos. His other trademark is his fanned Mohawk hair style. 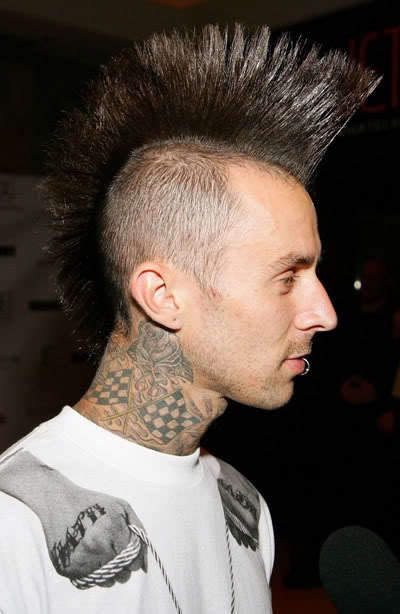 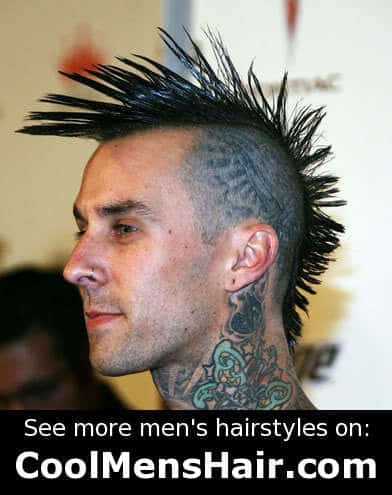 Barker Mohawk hairstyle
Unlike a regular Mohawk, which is having the sides of the head shaved while leaving a stripe of hair down the center of the head on top and in back, a fanned Mohawk allows the hair that is left to grow longer so that it can be gelled or moussed and made to stand up away from the head.

The reason for the name, fanned Mohawk, is that when viewed from the side, this hairstyle resembles an open oriental fan. Variations on the hairstyle include pulling the hair into spikes that stand out from the head and the general fan shape that is achieved by simply pulling the hair up and pressing it together from each side.