In today’s economic climate, more and more people are cutting costs by doing more things for themselves. This includes getting a haircut. A growing number of men and women are either cutting their own styles or having a friend or family member do it for them. However, it is important to have and know how to use the proper tools to get a professional quality haircut at home. Here, is a look at how to thin & texturize hair with thinning shears. 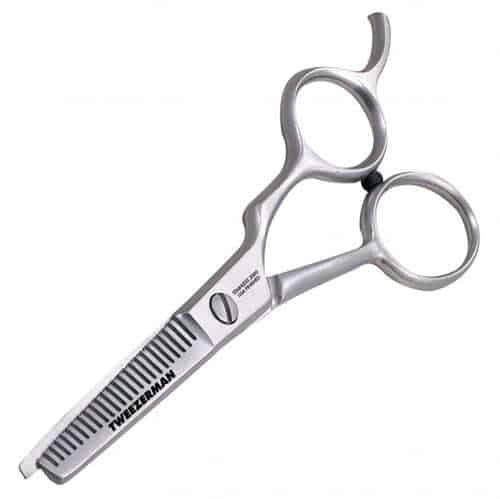 Thinning shears are a special type of scissors. They have one solid blade like normal scissors. The other blade has gaps in it that creates a row of teeth. When applied to the strands, the teeth cut while any strands that fall in the gaps remains uncut. 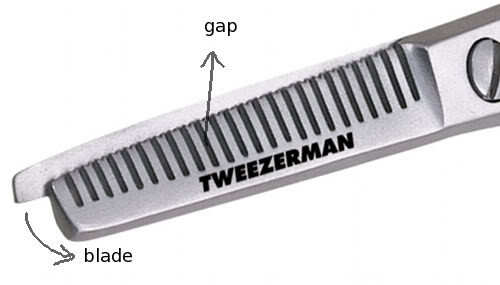 These are used in different manners depending on whether one wishes to thin locks that are thick and unruly, or simply impart some texture to the ends. The primary difference lies in where on the head they are used. For texturizing, they should only be an inch or less from the ends of the strands. 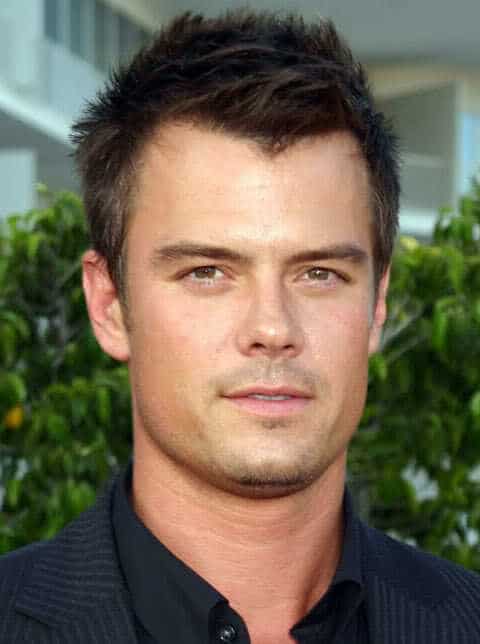 To texturize using these scissors, one should first position himself/herself behind the person whose haircut is planned. Starting at the front of the head, pick up a section of strands between the forefinger and middle finger of the left hand. Position the scissors about an inch from the ends of the hairs and cut from right to left. Release that section of hairs and pick up the next section back. Repeat the process until all of the top hairs have been done in this fashion.

Thinning is a more intense process. To thin the hairdo, first, separate it into small sections all over the head. Clips, bobby pins, or other devices should be used to hold each section separate from the rest. Choose one section and pull it straight out from the head. You can also separate & pull the hair using your fingers or comb. Put the scissors near the middle or base of hair length and cut.

You might try angling the scissors upward to make one cut and downward to make a second cut on each section if the hair is very thick. Once a section has been thinned, release it and go to the next section. Remove clips from sections completed and let each new section join the rest loose.

One tool that many use is a pair of Tweezerman Stainless 2000 Thinning shears. These are made from 100% stainless steel, assembled by hand for precision and balance. At an overall length of only 8 inches, they are small enough to be carried anywhere. They also come with free lifetime sharpening.

Learning how to texturize hair with thinning shears does not take a lot of time. The principles are very easy to learn and it only takes one or two attempts to see how the process works. Because one is not cutting all of the hair, there is much less chance that one can make a mistake that would harm the appearance of the person whose hair is being cut.