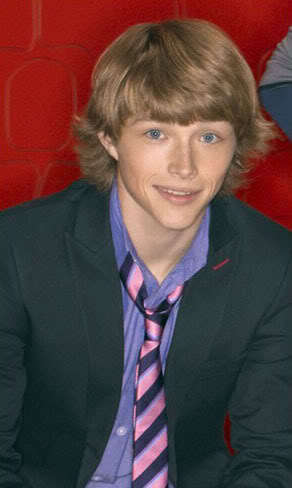 Sterling Knight shaggy hairstyle.
Sterling Knight is a 31 year old American actor. He has had several guest roles in popular television series, such as Kip in the Grey’s Anatomy episode entitled “Freedom” and Lucas in the Hannah Montana episode called “My Best Friend’s Boyfriend”. He is probably best known for his starring role as Chad Dylan Cooper in the Disney series Sonny with a Chance. 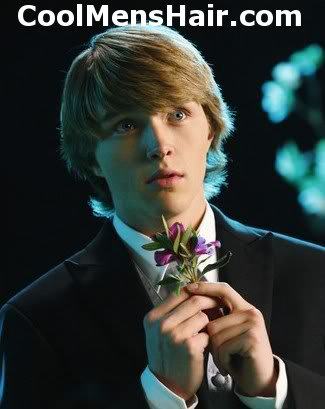 Sterling Knight shag haircut.
Sterling Knight’s haircut can best be described as a short shag. The hair is left longer on top and combed down over the eyebrows. On the sides, it is allowed to cover about half the ears. Because Sterling’s hair is not of one uniform color, there are variant shades of blonde and brown present, this particular cut gives his hair the appearance of texture.

This texturing effect makes it much easier for Knight to maintain his hairstyle himself when away from the set and all of the makeup artists and hair stylists available to him.

This type of easy care hair style can usually be achieved by putting some different shades of color highlights into the hair. Otherwise, it becomes more difficult to achieve the texture present in shag like the one worn by Sterling Knight in his current role.