Mohawk haircut has gone through a transition period and turned into a new haircut that is called The South of France haircut. This haircut is traditionally followed by the black people as it looks the best on curly hairs identical to the black people.

Another reason might be, this hairstyle was first made popular by singer Usher Raymond. The south of France haircut is actually a variant of Mohawk style having the hair of the sides faded to different height: low, medium and high.

Don’t get confused by the name. This haircut is not confined to any reason or any color of the people. Though the name includes France and black people, any person of any region of the world can get this haircut regardless of the cast and color. The south of France haircut is associated with a burst fade and a mohawk, which helps to create a cool men’s haircut. Let’s get inspired by the following demo styles. 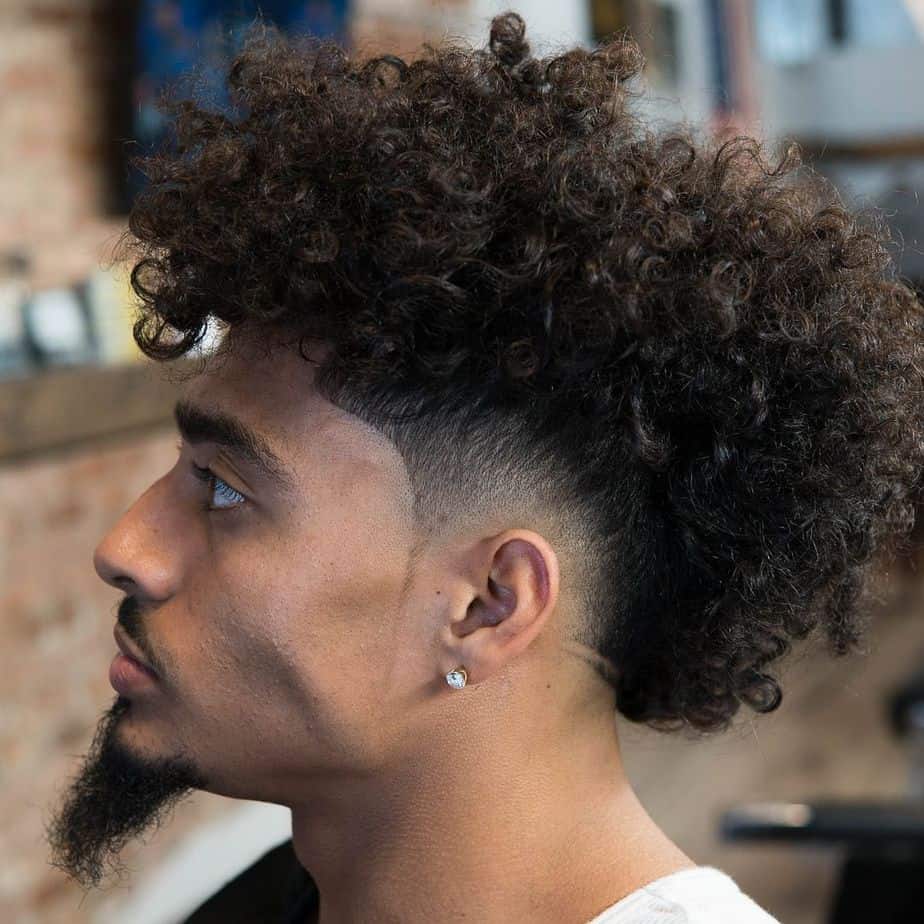 One can show off his vast hair by getting his hair cut like this one. A low fade on the sides and the top hair is kept in ample quantity to look plentiful. 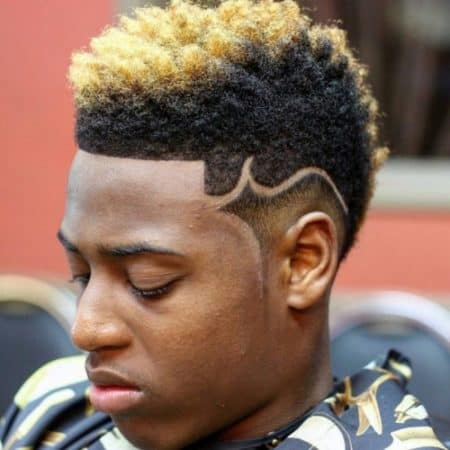 Curved stripes are taking a permanent spot in the realm of the haircuts. Curve as you like while doing the south of France haircuts. 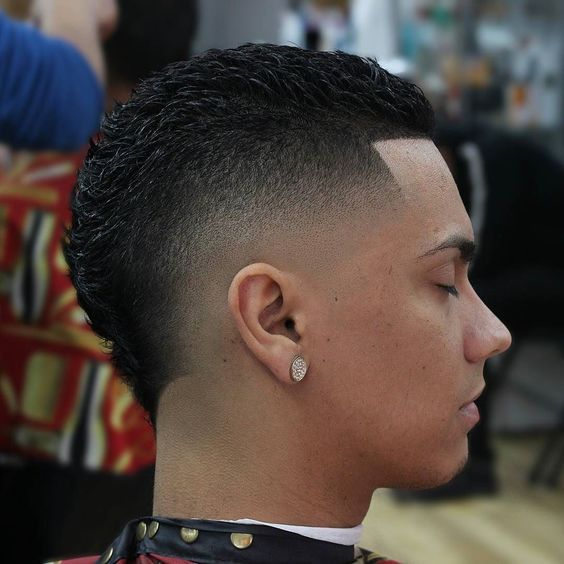 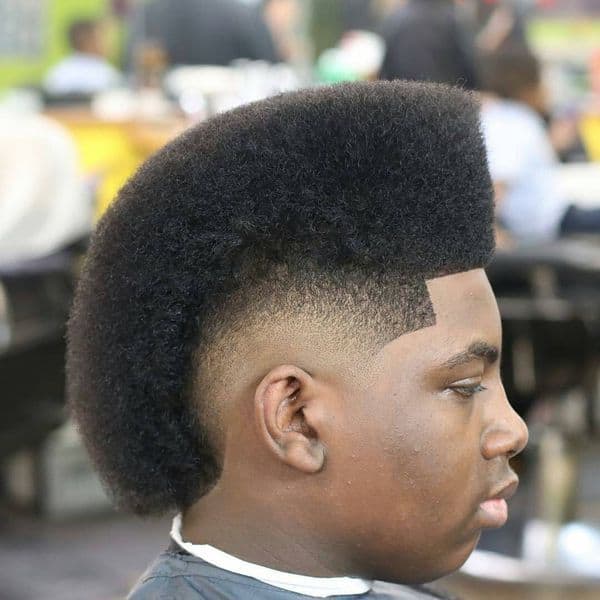 The length of hair of both front and back is equal in this case. The mohawk is of same length all the way down. This could be considered a high top haircut too. 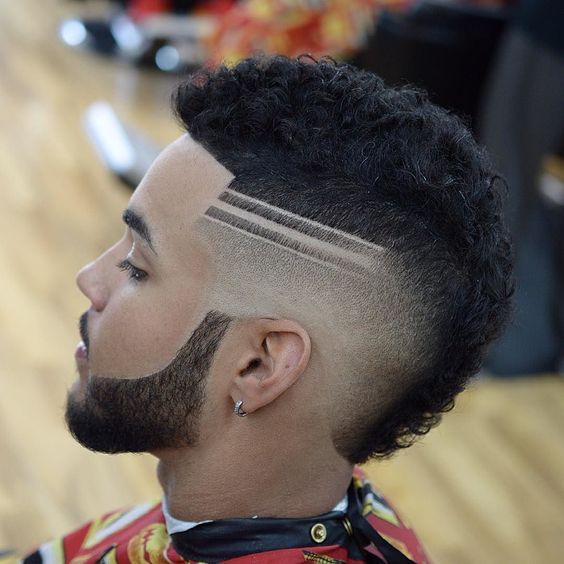 This south of France haircut is one of the most creative haircuts out there. The hair of the sides has been trimmed closely to the skin and there are some amazing stripes too which are complementing the overall look. 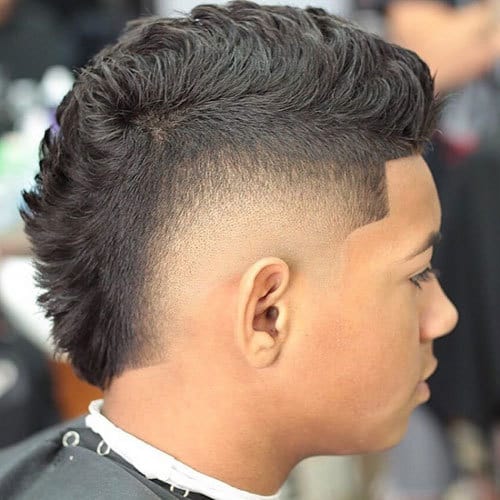 Fade the hair close to the skin and the mohawk patterned hair will do the rest to add glam to the south of France haircuts.

#7. South of France Haircut for Blonde 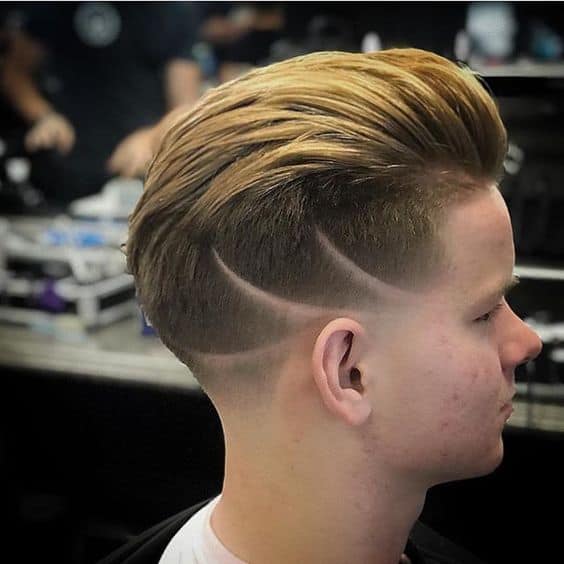 Haircuts are modified every other day to cope up with the dynamic trend. You can apply the south of France haircut to the amazing blonde hair you have. Some curved lines will add a new dimension to this hairstyles. 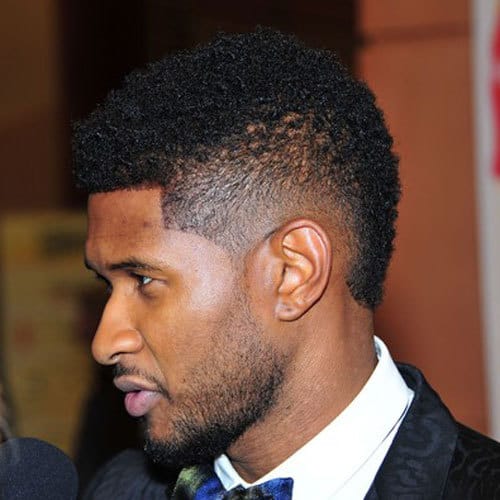 One can’t deny the contribution of Usher in making the south of France haircuts popular. So, he surely deserves a place in our top 15 list of this hairstyle. 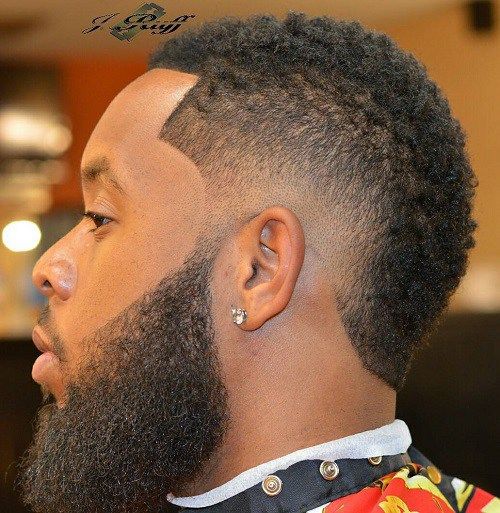 Beard and hair are often uttered together while naming the elements of manliness. You can rock the south of France haircuts along with a full beard. 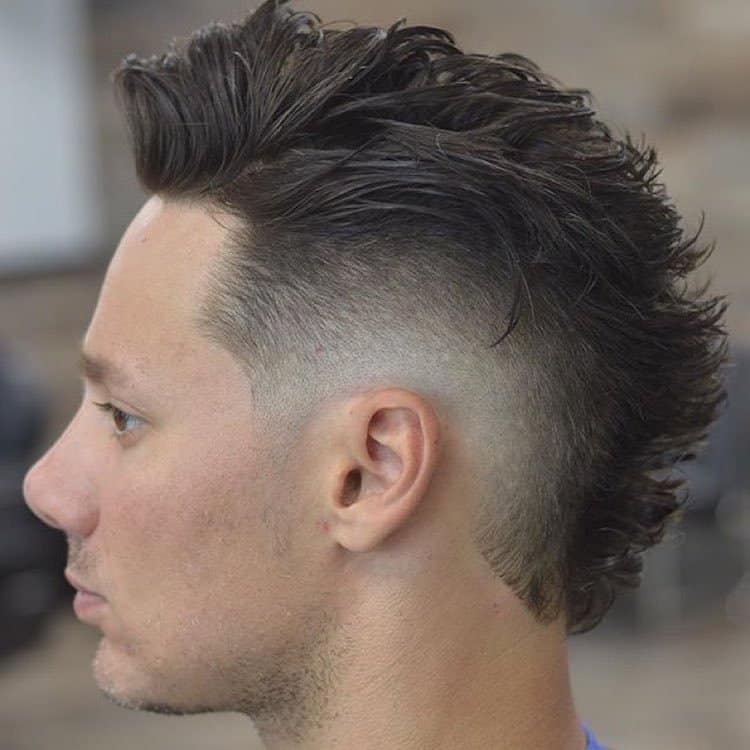 Though the south of France haircuts originally belong to the curly hair and black people, you can try it on your normal hair with a mid fade haircut.

#11. Transition with the Sideburns 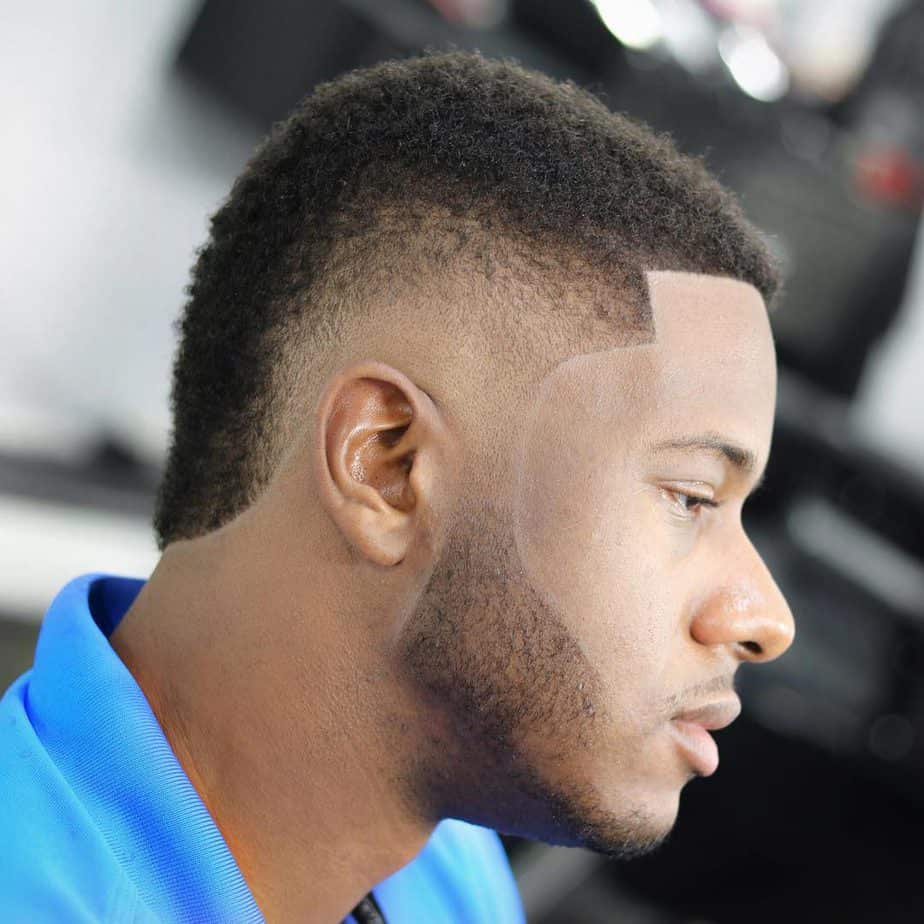 Usually, the south of France haircut involves a mid fade haircut. So the hair on the lower side can easily be faded to the sideburns creating a  nice and smooth transition. 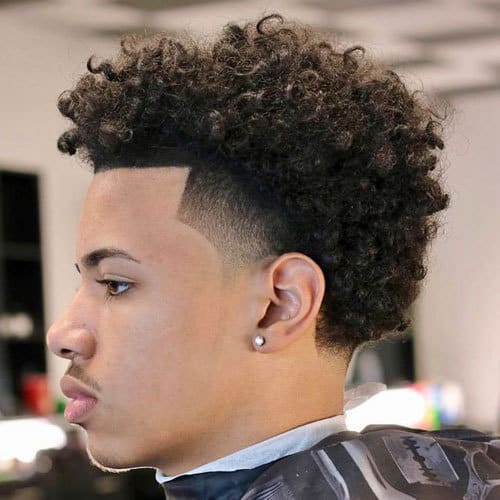 If you’re not a fan of extreme fade, try this sort of minimal fade which is done just at the front corner of the head. A small earring or piercing can play a vital role here to enhance the beauty. 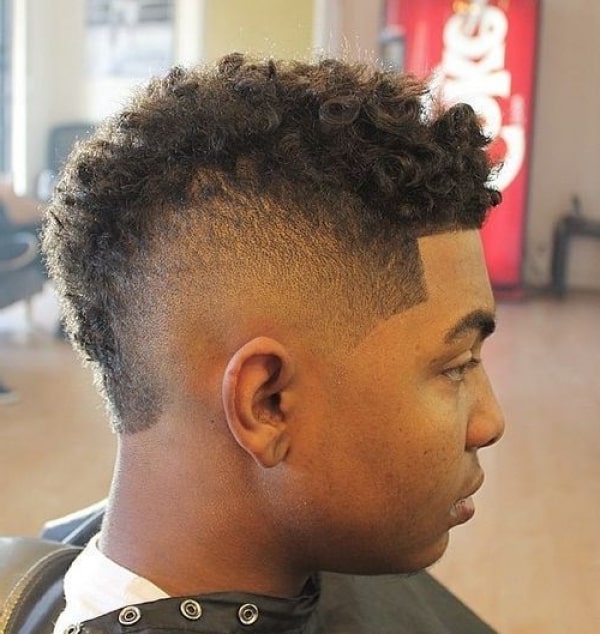 A high fade with a curly top can be a great way to look stylish along with the south of France haircuts. 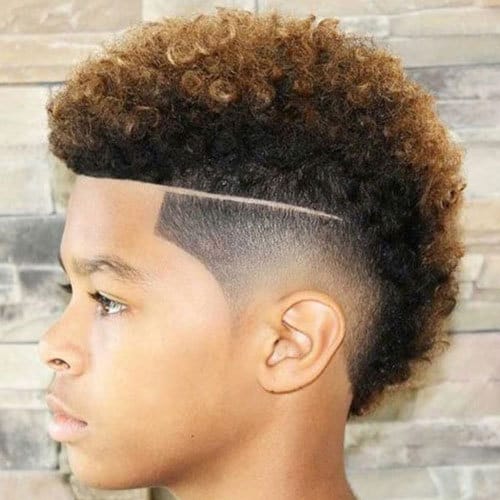 This example is for the little boys. Draw a line straight as the arrow right on the connecting point of the forehead and the hair. One can apply color to the top hair to make it look chicer. 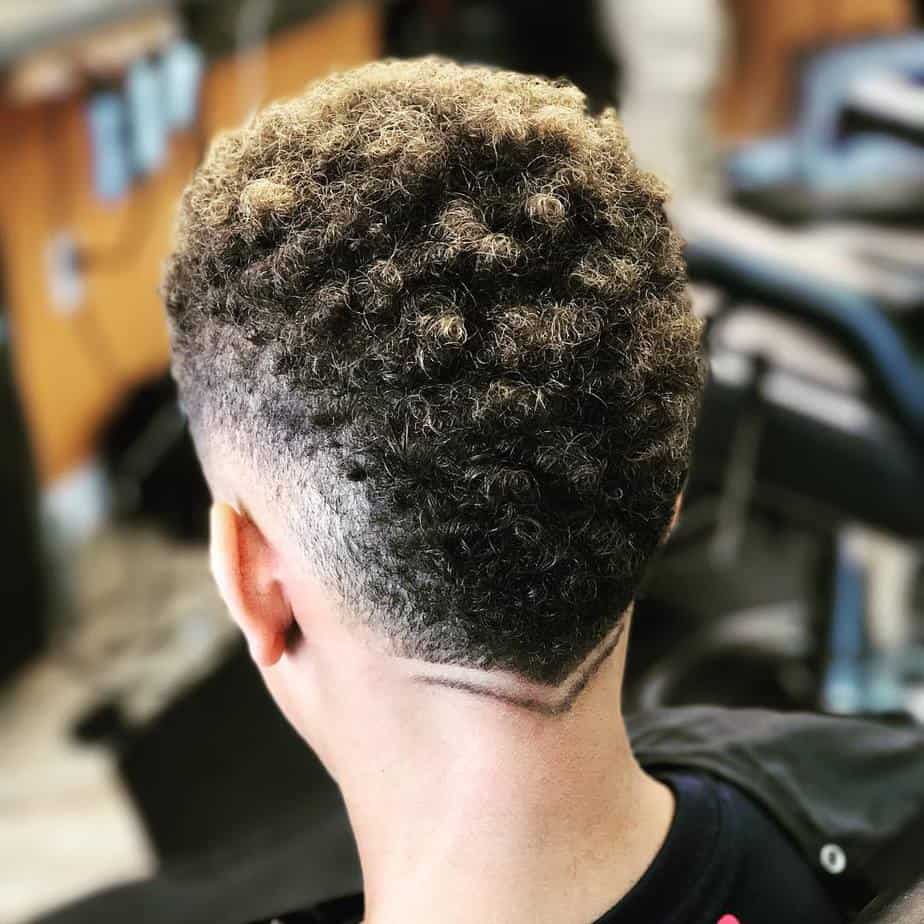 Why will all the efforts be dedicated to beautifying the front hair? This style will inspire you to do something for the neck hair too. Trim and shave the neck so that it creates some V shapes.

More Styles You Can Try 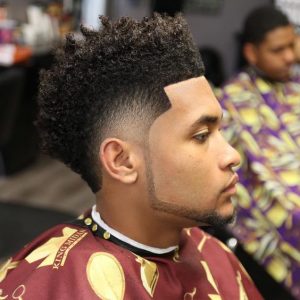 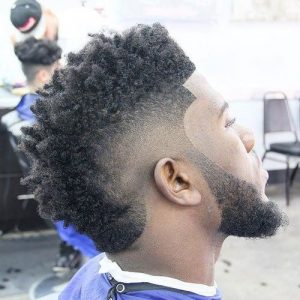 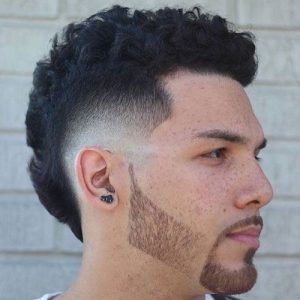 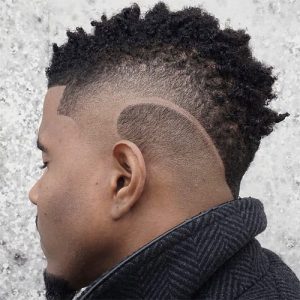 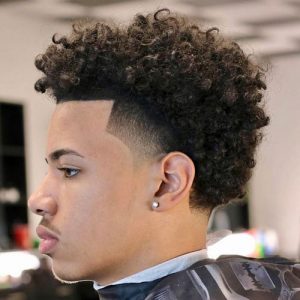 Every hairstyle has some signature style. The south of France haircuts has to comprise a fade having some hair at the top. You can modify the original haircut with a bit innovation but make sure the style isn’t turning into something else. Hope our designs will lead you to the right kind of designs you desire for. 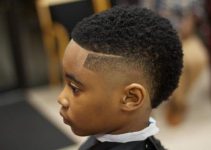 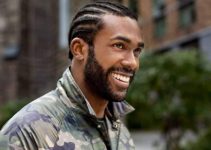 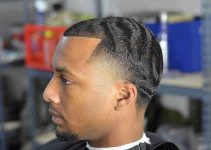