Saw palmetto, scientific name serenoa repends is a small wild palm with red berries that grows in warm climates including in the southeastern U. S. Saw palmetto for hair loss (androgenetic alopecia) is the most popular herbal supplement for promoting prostate health in Europe, where it is sold as an over-the-counter medication. The supplement works on hair loss by affecting dihydrotestosterone (DHT) in the same way that propecia does.

Saw Palmetto acts as an anti-androgen by blocking 5-alpha-reductase. This lowers the levels of DHT in the body. The herb also interferes with the ability of cell membranes needed in order for cell membranes to absorb DHT. DHT production is linked with male pattern baldness.

The drug finasteride, marketed as Propecia, is the effective agent in reducing the transformation of 5-alpha reductase and testosterone, the male hormone. When the amount of DHT in the body is too high, it squeezes the hair follicle and starves them. They become thinner and eventually fall out. The palmetto herb helps to reduce the amount of DHT that is being formed.

Because the herb works in the same way as the drug, it is encouraged by practitioners of natural health as an alternative to the drugs, both as a remedy for male baldness and as a therapeutic measure for prostate troubles.

The drug companies sell finasteride as an oral medication. It has been okayed by the Food and Drug Administration in the United States. In fact, it is the first anti-baldness pill that was so approved. It is only available as a prescription medication. Saw palmetto offers the same benefits only it is widely available, does not require a prescription to obtain it and may help with other male problems such as prostatitis.

the ingredient in palmetto that is thought to act as a DHT inhibitor is beta sitosterol. In addition, smaller amounts of stigmasterol and campesterol which may be beneficial to hair regrowth.

The process of scientific studies take time to complete, but this herbal combination taken from the ground berries of the plant shows promising results when compared with a placebo. Tests continue to show statistically significant results for the supplement.

Dosage that has been used varies and no standard dosage has been defined. Because studies are not required by the FDA, the few studies that have completed typically use a dosage of 160 mg twice daily or 320 mg once daily. Good results have been described in dosage that is at the level noted.

When trying the supplement, you should plan on giving it several weeks to see the results. It will not grow hair overnight. It should also be noted that the percentage of the active ingredient in most capsules should be checked. It can vary from one manufacturer to another.

The side effects of taking saw palmetto for hair loss at the typical dosages are limited. Since the supplement also works to enhance prostate health, it is likely that the benefits of taking the herb will far outweigh any loss of libido. Some men will require less of the herb in order to get benefits.

Re-establishing the source of nourishment will promote hair growth. The methods in “Hair Again!” do not only deal with the symptoms but treat the root causes as well! By solving that you can expect your lost hair to come back within 2-5 weeks. You will actually need to spend up to 5 minutes daily doing the treatment. It’s that SIMPLE! Download Here! 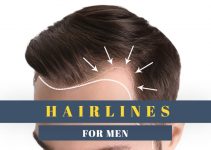 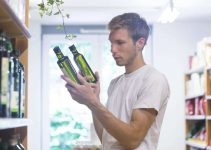