Samurai is a Japanese warrior in 10th centuries. Although Samurai fighting was ended in around 1876, there are several cultures & styles from samurai that can be learned ’till now such as hairstyle, fashion, & business strategy. 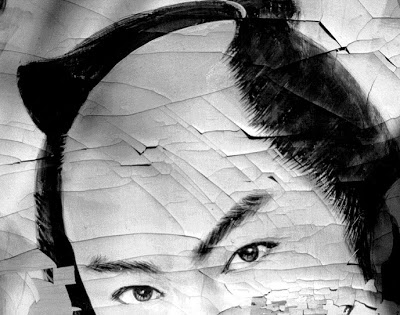 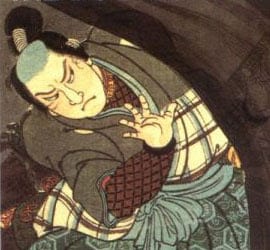 Shown above is the character of Miyamoto Musashi, a samurai and the author of The Book of Five Rings (a well-known book on classic military strategy that is studied by numerous businessmen today). 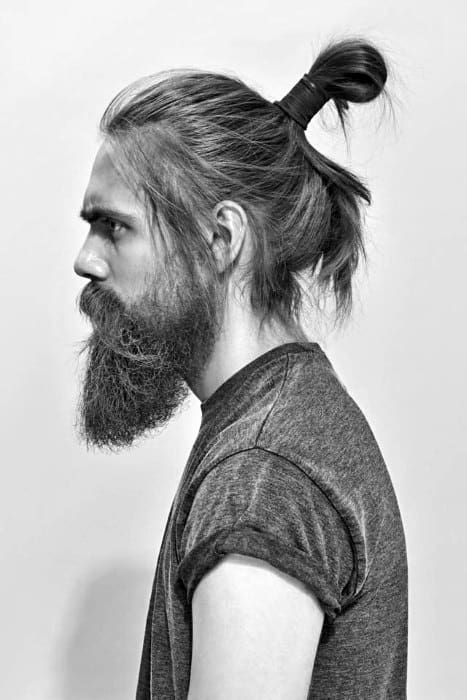 The structure of this coiffure creates a modern samurai hairstyle. Notice the way the ponytail loops in on itself, and the way it’s banded by a leather thong wrapped lengthwise. You want the hair tie to be visible like that. As you can see, the updated samurai style is more deconstructed. 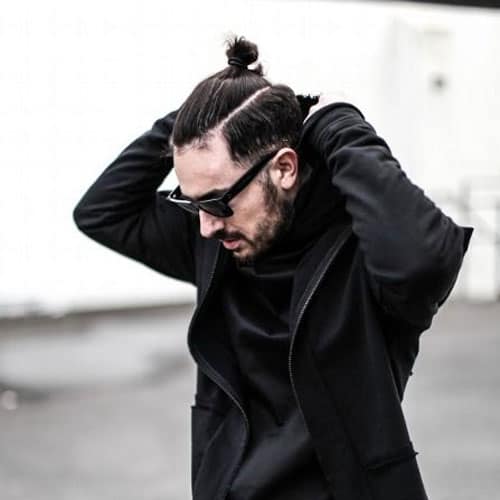 This is a top knot of the purest form, worn high on the crown of the head. The hair that remains before the fade is the interesting part, however. It adds texture and dimension to the cut, plus it gives you an alternate way to wear your hair when you take down your top knot. 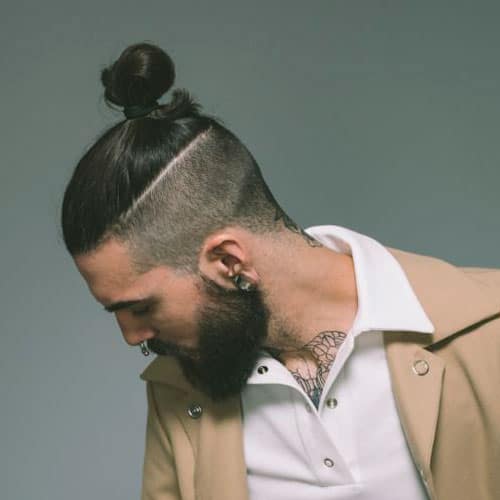 There’s no texture here. A clean shave leads up to the thatch of hair that creates the signature samurai bun. In many ways, the man bun is an updated take on this traditional fighting hairstyle. The structure isn’t so rigid—and, of course, you don’t have to be a samurai to rock the cut. 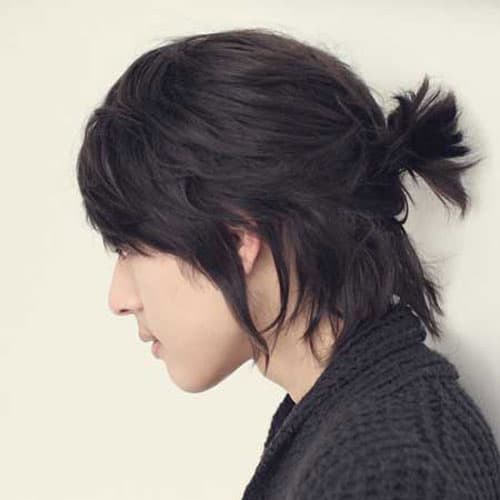 Although this hardly resembles the classic samurai hairstyle, you can see its roots, the idea of it, in the structure of this coif. However, this version is loose, lax, and laid back. It’s a softer, more fashionable way to embrace samurai style. It’s also the perfect ‘do for any guy who isn’t eager to step out of the house with a man bun.

What you see here is proof that when there’s a will, there’s a way. You can create a top knot out of just a few inches of hair. The neatness of this little package is a nod to the spirit of the original samurai ‘do. Well done! 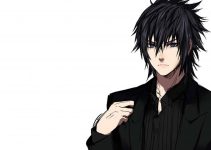 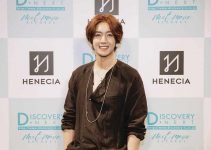