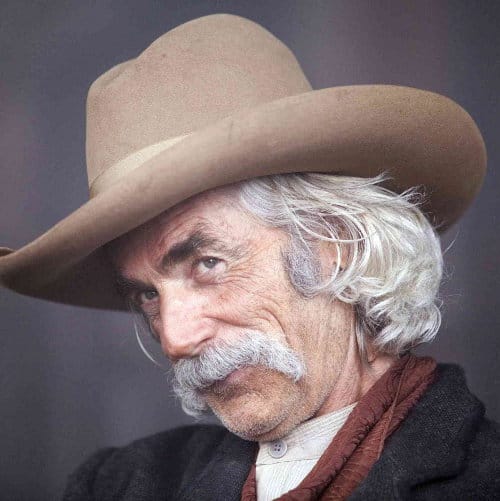 Sam Elliott gray hairstyles features a distinctive and very recognizable style, length and color. The earlier styles fit the Western character he often played. The hair reaches shoulder length and looks less styled than just left to follow the path of least resistance. He is also known for his luxurious horseshoe shaped mustache. Both the hair and the mustache are varied in length, depending upon the character he is portraying.

The actor has played many roles over the years. His appearance and his deep, resonant voice make him a popular type, but he has a depth, in part due to his mature image. The most distinctive part of his hairstyle may be the color. In most instances, it is best characterized as silver. In some roles it tends to be more yellow in color, but other appearances are a definite silver. 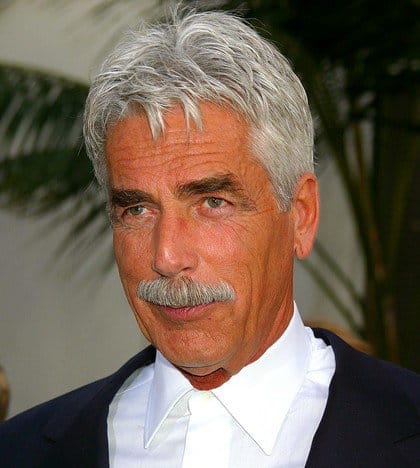 The shortest hair images shown are well trimmed around the ears. His hair is a silver color with a fair amount of height on the top of his head. Some of the front hair is pulled forward to loosely to mid forehead length. There is a high left side crown part. The look is casual in appearance, but with some smoothing is it a much more sophisticated and urbane look.

A much longer style has a color that is nearer yellow than silver. The hair is worn smooth and close to the head to ear length. From there it spreads out to be quite full and reaches to brush the shoulders.

A mature man would enjoy the Sam Elliott gray hairstyles. The range of lengths means that the wearer can pick the perfect look. Probably the shorter and more shaped look is the one that would be preferred for office or casual wear. Longer hair becomes more of a caricature of a Western or cowboy hero.