Young Ricardo Rubio is a Spanish-born player, signed with the Minnesota Timberwolves basketball team. He has been favorably compared with Pete Maravich and is regarded by many as the best European guard prospect in history. At age 21, he is also one of the youngest draftees, being picked as a 5th pick in the first round of 2012 draft. The Ricky Rubio hairstyle is one which has been creating attention. 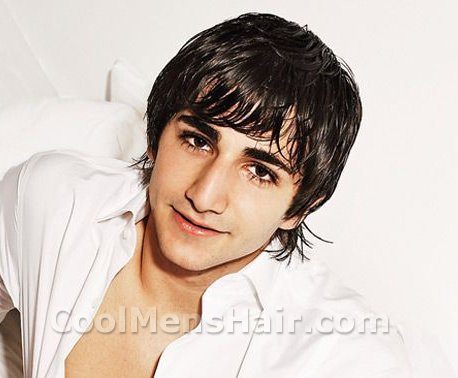 In spite of his young age, the player has a stellar career in the sport. At age 14, he was the youngest player to participate in the Spanish ACB League. At age 16, he played in the Euroleague games. Although, he was originally shielded from undue publicity due to his young age, his eligibility for the 2009 draft made him fair game for the press.

The guard has a hairstyle that is somewhat longer than players in recent time. The length of the locks reaches his eyebrows in front and is significantly longer on the sides and back. Fairly thick sideburns extend down to become a line of facial hair ending at chin level. On the sides, the length only reaches mid-ear, with separation between the sideburns and longer back hair.

His hair is very dark and thick, but shows little tendency to curl or even wave. No appreciable part is noted. He has strong features and the hair adds balance to the overall appearance. Maintenance of this style simply requires washing and conditioning to keep it from drying out. 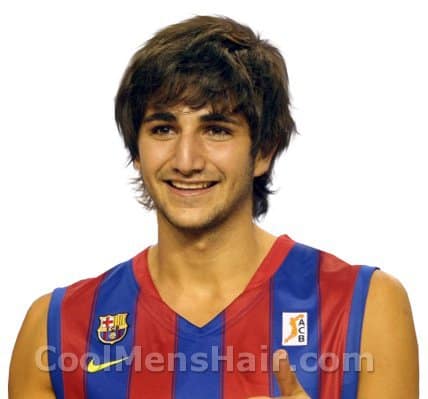 The hairstyle is not one that would work well in a office or more formal setting. It is, however perfect for a young and active man who doesn’t want to spend a lot of time in styling and arranging. Thick, luxuriant growth is an added benefit in making this sports celebrity look great.