It’s a fact; no one wants to have to “accept balding gracefully” if there’s a simple, natural-looking alternative. That’s why men throughout history have sought a cure for their hair loss problems. Unfortunately, most older remedies were expensive or artificial-looking.

Some of them simply did not work. Modern hair loss sufferers have a better alternative in finasteride, better known as Propecia. This drug helps stop hair loss and can even bring back hair in bald spots. 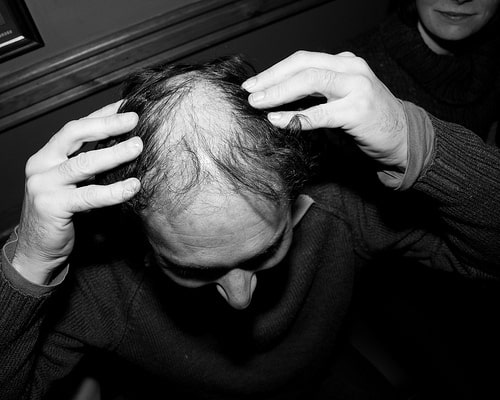 Propecia is a drug made by Merck for the treatment of both enlarged prostates and male pattern baldness. It works by inhibiting the production of the enzyme that allows testosterone to be converted to a compound called DHT.

Formally known as dihydrotestosterone, DHT is the substance primarily responsible for hair loss in men. This medication works on both the crown and the temples but is most effective at the crown. Propecia won’t work in women or children who are losing hair and can even be dangerous to these patients.

What Can I Expect from Propecia?

Many patients who take Propecia expect an immediate reversal of their baldness. When their hair doesn’t come back right away, they conclude that the treatment isn’t working. In fact, Propecia is effective in almost everyone; 90 percent of people who are treated stop losing their hair. More than half of those patients experience visible regrowth. The process just takes some time before results are visible.

Most men who take Propecia see reduced hair loss after three months of treatment. After six to 12 months, tiny soft hairs on the scalp have visibly regrown and are stronger and thicker than before.

Most doctors say that you should take Propecia for a year or longer before you decide that it is not the right treatment for you. Remember that you may lose a little more hair than normal for the first few months, because Propecia speeds up the natural shedding process.

How Should I Take Propecia?

You should consider asking your doctor about Propecia if you are a male suffering from baldness at the hairline and crown. When you receive the medication, store it in a cool, dark place and keep the bottle closed tightly and out of reach of children. Take the medication as directed with a full glass of water. Propecia works best if you take it at the same time every day.

Does Propecia Have Side Effects?

Like any other medication, Propecia can cause side effects in some patients. It may cause some people to become depressed or anxious. Some men also have a decreased sex drive after taking finasteride. Like other drugs that affect male hormones, Propecia can slightly increase the risk of prostate cancer and make PSA tests more difficult to read. Y

our doctor will perform regular blood tests to make sure that you aren’t experiencing severe negative side effects. Many men who are suffering from male pattern baldness get emotional relief and a healthier scalp after taking Propecia. If you have been worried about your hair loss, ask your doctor whether this drug is right for you. It could make a big difference in how you look and feel.