For men seeking a shorter hairstyle, the Mike Posner buzz cut with beard may provide the perfect look. Though popular hairstyles come and go, the buzz cut is one that never seems to go out of fashion. There are a variety of reasons why this particular style always seems to be sported by a certain segment of the male population. 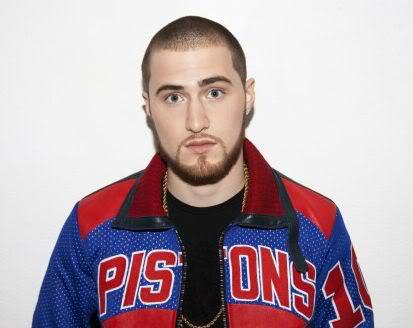 Years ago, most songwriters and performance artists would have opted for a fuller head of hair. In those days, longer hair was a sign of youth and the type of artistic rebellion that exemplified most music. Most pop and rock musicians consciously opted for hairstyles that were youthful and out of the mainstream.

As time passed, however, these shorter styles crossed the generational divide in pop culture and began to be accepted by artists everywhere. Today’s celebrities can project the masculinity that a short hairstyle conveys, while still remaining true to their musically rebellious roots. Though different hairstyles were once associated with different types of music, that is no longer the case. 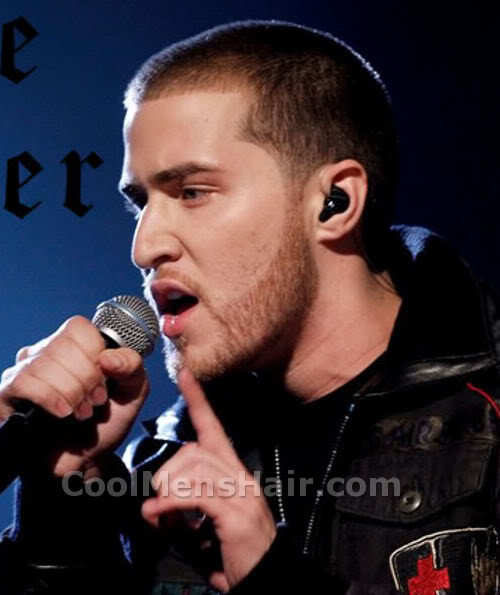 In addition to the universal nature of this style, it should also be noted that it offers maximum simplicity for care. Today’s men are busier than ever before, and few want to spend hours grooming their hair each day. For this type of short style, care is simple. Once combed or brushed, the style requires only a minimum of the product before it is presentable to the world.

It is the addition of the bearded look, however, that makes this style so unique. While buzz cuts have always been popular in some circles, the men who wore them typically had shaved faces. Today’s style incorporates a light beard and mustache lines that serve to showcase a man’s best facial features. 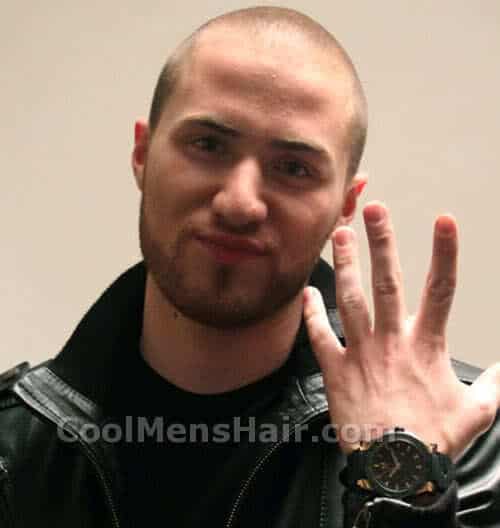 The style is especially ideal for men whose faces are somewhat small or thin. Larger hairstyles can magnify the smallness of any face and should be avoided wherever possible. This type of style, however, is perfectly compatible with men who have smaller heads or thinning hair (hair loss). It will enhance the man’s facial features while remaining in perfect proportion to his face.