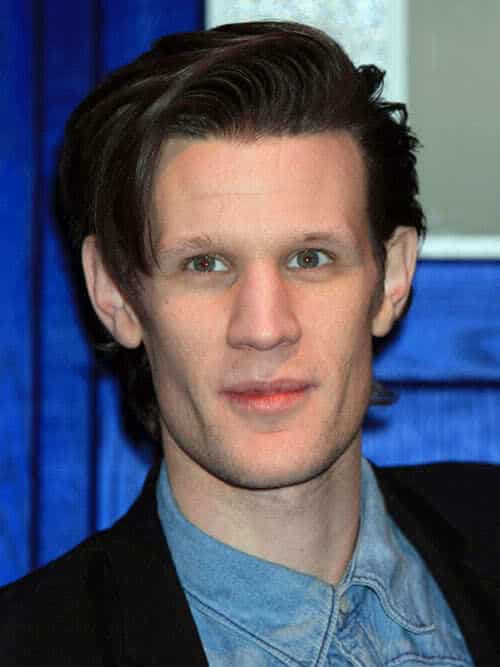 Matt Robert Smith is an English actor who has a well-known following of fans. The actor’s main recent role is as the latest incarnation of Doctor Who in the English television series by the same name. The Matt Smith hairstyle is not a typical one for young men in today’s generation. Because he is the youngest actor to play the lead role, his style is more noticed than some other persons playing the starring position. 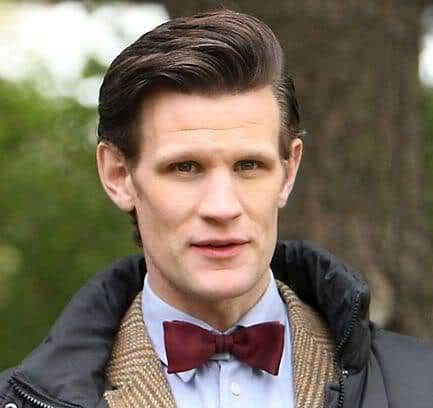 The hairdo is very smooth, with the lengthy top hair combed sideways and back from a left-hand part. His forehead is high and broad, so the smooth hair provides a smooth line. The use of hair control products is not obvious. There is no greasy or waxed look to the hair. The sideburns are long and come to a point reaching to the lower tip of the ear. 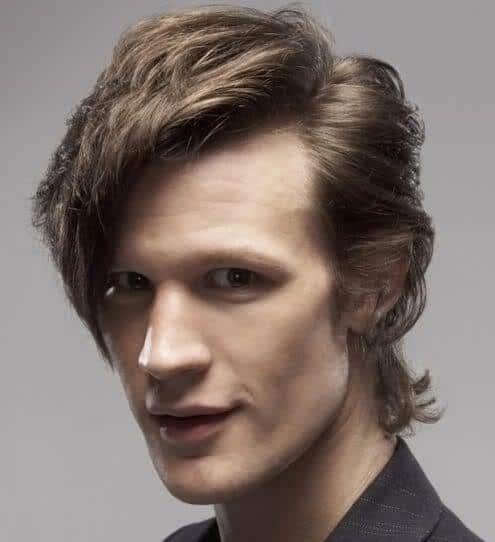 Matt Smith as the Doctor in the tv series Doctor Who.

The actor has appeared in a number of stage shows and television shows prior to the role in “Doctor Who”. His look has changed little. With the variety of activities in the role, his appearance looks very different at times. For example, instead of a smooth back flow to his hair, at times the hair is brought forward in front of the ear. The side part remains the same.

When the style is more relaxed, the hair below the part is much looser, with a tendency to display a curl. The length of his back hair varies in smoothness and length. At times it is well below collar length and the curls at the neckline are not under control. The color of his hair is a dark golden brown.

The Matt Smith hairstyle is linked to his appearance as Doctor Who. The control displayed as the doctor is reflected in his smooth and sleek style of a longer than average length. Because of the smooth style, extra hold and control is necessary to manage the hair.

1 thought on “Matt Smith Hairstyles to Inspire Your Next Hairdo”