The Jack Dawson hairstyle is the one worn by actor Leonardo DiCaprio in the 1997 movie blockbuster “Titanic”. Dawson is a fictional character and the love interest of Rose DeWitt Bukater. The fictional love story is built seamlessly into and around the facts of he sinking of the Titanic in 1912. The diamond necklace known as “the Heart of the Ocean” plays an important role in the development of the story.

Jack Dawson is a 19-year old unattached wanderer who makes a living through artistic endeavors, graft, gambling and sheer good luck. He meets Rose, a wealthy debutante engaged to be married to someone of her own class, and a romance develops.

Their growing attachment develops as the doomed ship draws nearer to the icy fate. The main character perishes in the waters of the Atlantic, Rose is rescued and makes a life for herself. 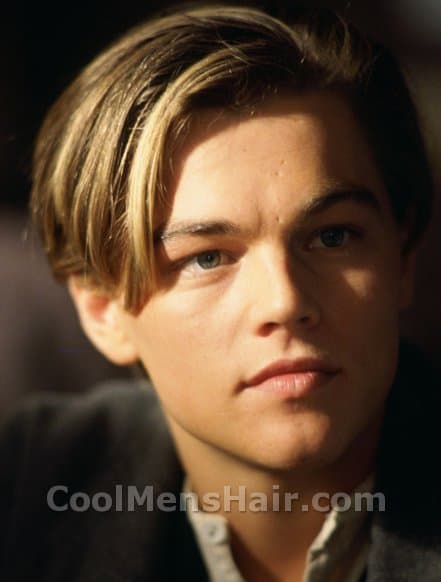 The hero’s hair appears to be cut straight across in a no-nonsense style. The hair is parted on the left side and combed straight across to reach ear top level on the right side. There does not appear to be any control over his hair when it is in this mode. It looks very casual and windblown. 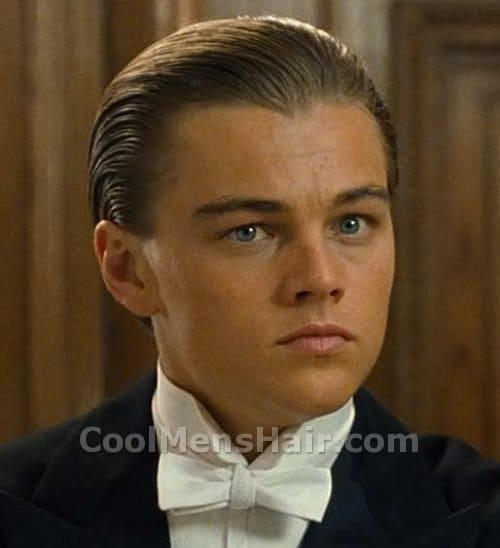 A more formal look shows the hair slicked straight back from his forehead and from the sides of his head. The look is still casual and doesn’t appear to be controlled more than sporadically.

When he moves, the hair tends to fall forward onto his face and forehead, where there is some separation of strands into clumps. This is a style that would be low maintenance, but it is not one appropriate for someone who wants good control. Curly locks would not work with style. It would require absolutely straight hair.

The Jack Dawson hairstyle is a dated style that would not be suitable for formal events. The longer hair across the face might become an irritant. It is a style for a time and place, and is not one of those that is ageless.