Graham Coxon is a 43 year old English singer/songwriter and musician. He is talented with many different instruments as well as being a painter. He is the lead guitar player and a backup vocalist for the band, Blur. He has also had several successful solo albums. Here is an examination of the Graham Coxon hairstyle. 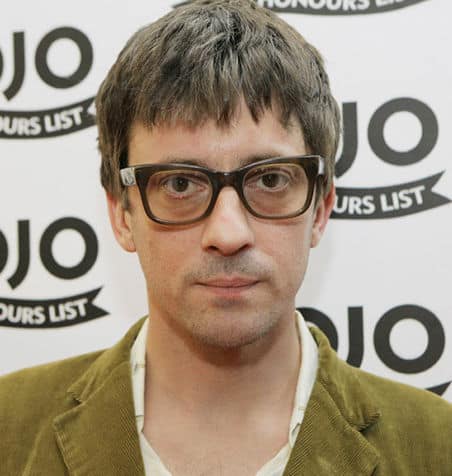 Graham’s hair gives him a somewhat nerdy look that is surprisingly cool. He keeps it cut short enough to be acceptable in any setting, including a professional office. However, he has the top cut in such a manner that it imparts additional texture.

His fringe is allowed to hang down about halfway on his forehead. This is cut unevenly with a scissor at an angle to create a rough, careless look. He styles it by combing the hair forward with no part. The textured cut leaves the hair looking a bit messy. He has even been seen with a cowlick in back similar to Alfalfa from the “Little Rascals”.

This is an easy style to reproduce. All one needs is a standard electric clipper, good quality scissors and/or thinning shears, or a straight razor. No special products are needed to maintain the style after it has been combed into place.

Unlike most artists, Coxon has maintained this same style since well before he began performing. Photos of him as a teenager show him wearing his hair this way. It would appear that he has decided that what works should not be changed.

The Graham Coxon hairstyle has not changed in several years. It is a simple, relatively low maintenance style that is not difficult to create. It does not require any special products to maintain it, making it less expensive than many options he could have considered. This is also an advantage for the average man who wants to style his own hair in this fashion.