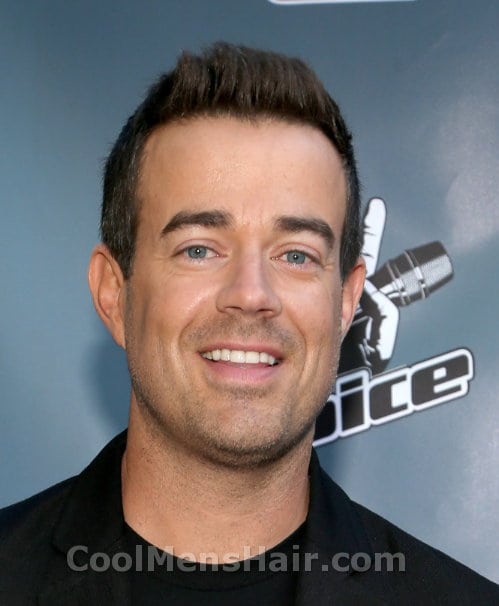 Carson Daly used to be the face of MTV and even up to now, Daly is still a recognizable figure in the music industry. Aside from his recognizable voice, He was also known for his perfect hair on and off the set.

One of the most popular is perhaps his spiked Ivy league do, which he pulled off with ease whether he was sporting all dark locks or switched to a lighter brown with highlights. Here are the steps to getting his camera-worthy haircut.

How to Get the Carson Daly Haircut

The base haircut would be a short crew cut but with the hair kept longer on the front. A one inch length of hair on the sides and back is suitable so that it is easier to smooth these areas out with gel.

Cutting the hair all around too short would give the do a rather unflattering form especially since you are keeping the hair a bit long on the front, but some men are able to pull these off especially if they kept the hair on the front relatively short as well.

The spikes go in the front and may differ in length according to personal taste. It is best, however, to keep the hair in front just long enough that when swept off into a spike, the spiked portion occupies the central portion over the forehead.

Carson Daly liked to add an edgy vibe to his haircut by spiking from all the way back reaching towards the front. A pea sized amount of gel rubbed on to the hair in the center with upward tugging motions will create effortless, not-too-messy spikes in no time.

The haircut is a great option for those looking for a low maintenance hairstyle that still has a bit of flair to it. It is also versatile enough to apply to different face shapes.