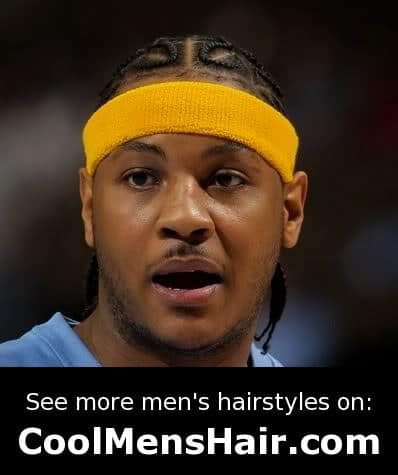 It is said that one of the first emperors of Ethiopia, Tewodros II wore cornrows, so Anthony and others who wear the style are in good company. Musicians are often seen in cornrows styles. The style can be washed several times before it must be rebraided

The cornrows are the signature look and style for NBA players. The cornrows style in the NBA is credited to Allen Iverson, although he has cut his braids off after 12 years of the style. There has been some discussion about why Carmelo cut his locks.

It may have been due to the loss of Iverson, but more likely that as the owner of a barber shop, Melo wants to publicize his business. Another explanation is that the Denver Nuggets star lost a bet and paid up with a haircut.

The bet was over a video game, according to one version. The look with a head hugging cut is attractive and certainly easy to maintain. 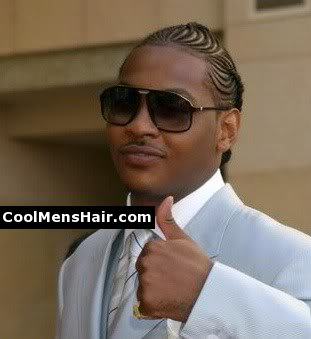 Carmelo Anthony cornrow braid style
Carmelo Anthony cornrows hairstyles are fashioned by forming tiny braids in sectioned hair. It works best if you dampen the hair slightly, as this means less pulling against the scalp. The braids should be neat and tight. The smaller the braid, the more intricate the patterns can be. If you plan ahead for the design you want, you can get just the look that will make your style unique. The time involved in producing cornrows can be lengthy, but with practice, it becomes routine. 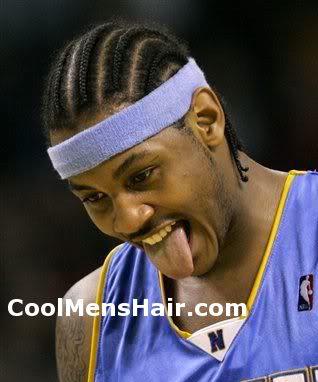 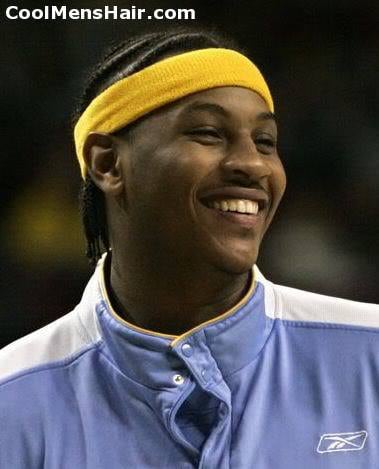 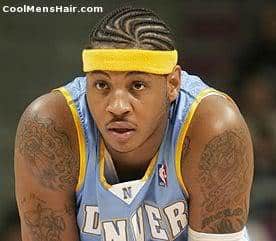 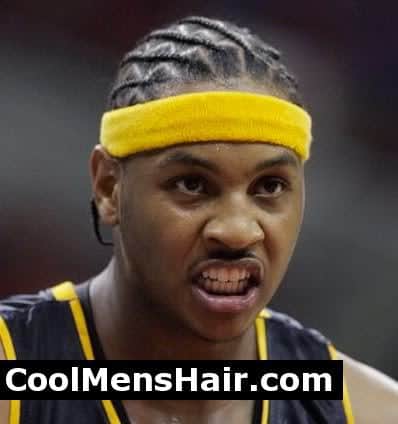 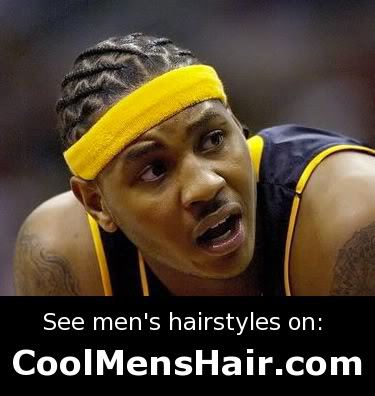