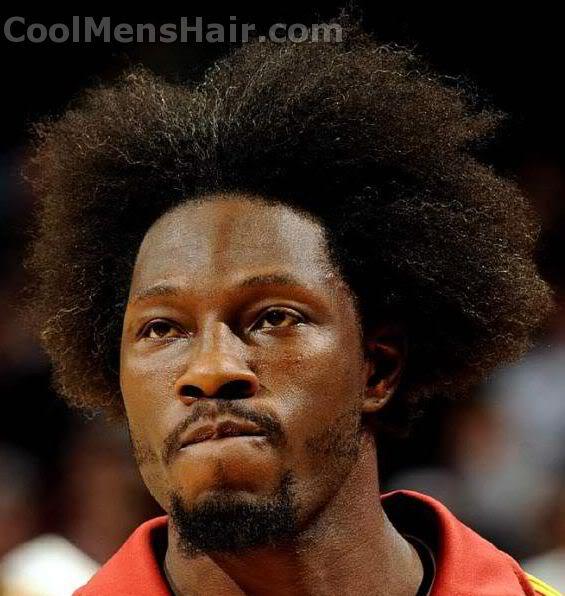 Throughout the early part of the 21st century, the Ben Wallace afro hair style garnered a lot of attention in the media. The Detroit Piston basketball star’s naturally kinky style was almost impossible to ignore, and the attention given to it nearly equaled that given to his prodigious skills on the court.

Not since the 1970s has this natural African-American hairstyle received this level of attention. As a result, many black people have now begun to once again adopt this style that was once the norm in the African-American community.

Though most people assume that these curls are strong due to the thickness of the hairstyle, the fact is that many afros are so long that the follicles become dry and brittle.

You thus have to focus on maintaining moisture throughout the scalp to ensure that each follicle is kept as healthy as possible. Regular applications of moisturizing conditioner can be effective for avoiding that dry and brittle condition.

When cared for properly, this curly hairstyle can be the perfect way for anyone of African descent to express pride in his natural appearance. Moreover, it is a flexible hairstyle that can be shaped, braided, and combed into a variety of different looks. From the natural look to cornrows and other styles, this cut provides a maximum level of choice to the man who wears it.

When afros began to go out of style decades ago, many people thought that the natural look would never again regain its prominence. Thankfully, this beautiful and natural hairstyle has once again started to enjoy renewed interest, as more and more black men begin to consider the trend toward Ben Wallace afro hair.