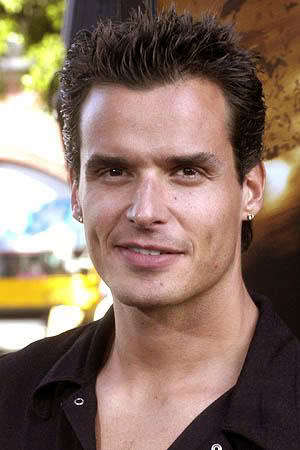 Antonio Sabato hairstyle.
The son of Italian actor Antonio Sabàto Sr, Sabàto, Jr truly has acting in his veins. If looks could kill this guy has killed many. An experienced horseman, music lover, and fluent in Italian, Spanish, and English Sabàto, Jr is slowly but surely creating a niche for himself in the fiercely competitive Hollywood. With his acting skills he is making a mark of his own both in television soaps and movies.

Born in Rome, Italy Sabàto, Jr attended St. Bernard High School. Now a citizen of the United States this stunning actor was first spotted under the lime light as a Calvin Klein underwear model. He along with actor Djimon Hounsou appeared in Janet Jackson’s music video “Love Will Never Do (Without You)”.

He made his venture into acting with television. Sabàto, Jr also appeared on the soap General Hospital, Earth 2 (1994-1995), Melrose Place (1995). He then joined the soap The Bold and the Beautiful in June 2005 and also appeared in a celebrity reality singing competition named But Can They Sing? on VH1.

Adding up, the Italian hunk took part in the 2008 NBC competition Celebrity Circus, winning it on July 16, 2008. His smooth style and his changing hairdo have caught the fancy of many a young heart. 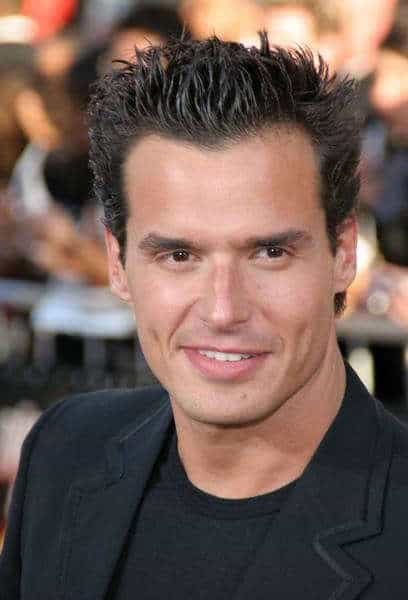 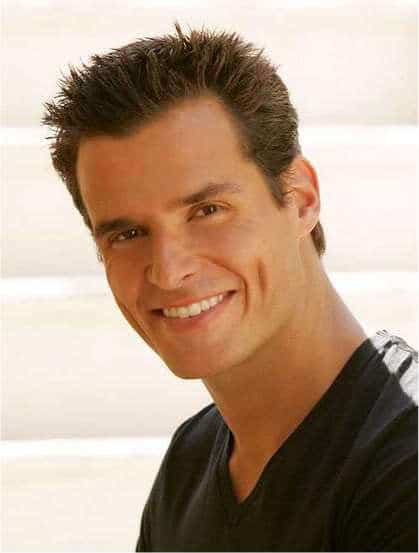 Antonio Sabato classic look
Sabàto, Jr seems to be experimenting with his hair quite often. His heavily tapered top section lends him a classic look. Of late Antonio looks red hot with his messy crop hairdo. He flaunts a short yet funky hairstyle showing off textured layers through the top.

The sides and back of his hair are jagged-cut to keep the edges close to the head. Though layers have been cut throughout the length of his hair has been kept the same all over and to get the tousled effect. The hairdo makes him look both classy and rough.

Let’s hope that the dimpled face actor gets all that he has aspired for be it in his career or in his personal love life.