Actor Aaron Paul has a hairstyle that requires minimum upkeep and almost no time spent arranging the locks in just the right order. The star appears in a supporting role of AMC’s television drama “Breaking Bad”. With four seasons distributed, the show has won several awards. The character is a popular one with fans. 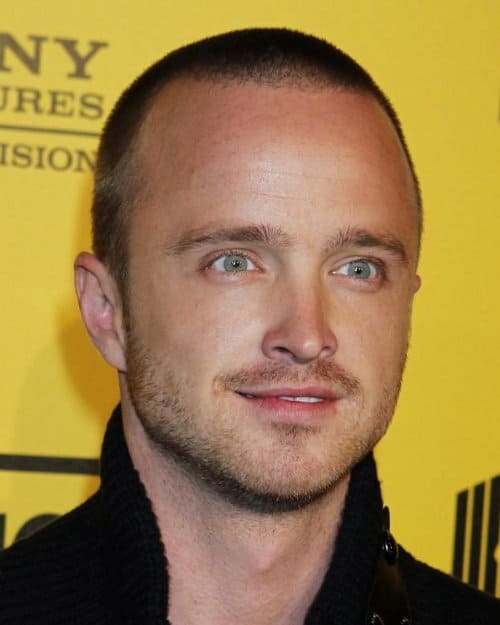 The character of Jesse Pinkman is played as a well-developed type. It is interesting to note that the character was originally intended to be a one season role. Due to the fan support and the chemistry of the actor, the role has been extended.

The hair is trimmed close to the entire head. It is not much longer than the facial hair, which appears to be a 3-day growth. Paul has only to trim his style on a regular basis and to shampoo as part of daily care.

It is apparent that a person with a nicely shaped skull is best able carry off this style successfully. The dark growth of the actor is starting to recede in the characteristic pattern that happens to many men. The style offers men who are starting to have a hairline that is receding, the opportunity to look great with just a hint of bad.