A complete explanation of what causes dandruff in hair would involve several aspects of science, biology, chemistry, personal hygiene and environmental conditions. It is important to understand that dandruff is not caused by dry skin.

It is also not a result of too much shampooing. The idea that dandruff is caused by dry skin results in some sufferers refraining from washing their tresses. They reason that shampoos are drying so they don’t shampoo as often. This actually can worsen the condition, since it is the scale building up to larger and more obvious flakes that is so unattractive.

Dandruff is the name given to tiny flakes of skin that appear around the follicles. Larger flakes may appear on skin, clothing and bedding. Not only is the condition unsightly, it can cause inflammation, scaling, and even infection. It has been found that the problems and symptoms tend to be worse in people with oily hair and skin.

Two main types of the condition are noted in humans. Seborrheic dermatitis is the most severe and is also more common than psoriasis of the scalp. The symptoms of the seborrheic type are greasy and yellowish flakes, but larger, silvery flakes are associated with psoriasis.

Mild cases of the condition are usually triggered by overactive sebum glands. Excessive perspiration, food allergies, harsh shampoos and stress are all triggers for the condition. The underlying cause is a micro-organism known as pityrosporum-ovle.

These are found in everyone’s scalp. When there is an increase in oil, UV light, dust, harsh shampoos, or hair dyes, the number of microbes increases, leaving a residue of unhealthy organisms over the scalp. This residue forms the flakes that become apparent on the shoulders of dark clothing.

Certain diseases, stress, and seasonal changes can affect the levels of flakes. Often there is a flare-up during fall and winter, due to the dry, cold air. The best solution is to use a mild shampoo regularly to avoid oil build-up on the hair. Also refrain from foods which are known to be allergens and be aware of the link between excessive sweating and flaking.

Learning the basic answers to what causes dandruff in hair can be a first step toward treating the symptoms. Since the pityrosporum-ovle is a yeast-like organism, it is only when the numbers grow to excessive proportions that there will be visible signs of the condition. The flakes are not attractive, but they are only dangerous if scratching your scalp leads to open wounds that can become infected. 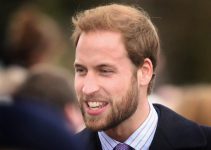