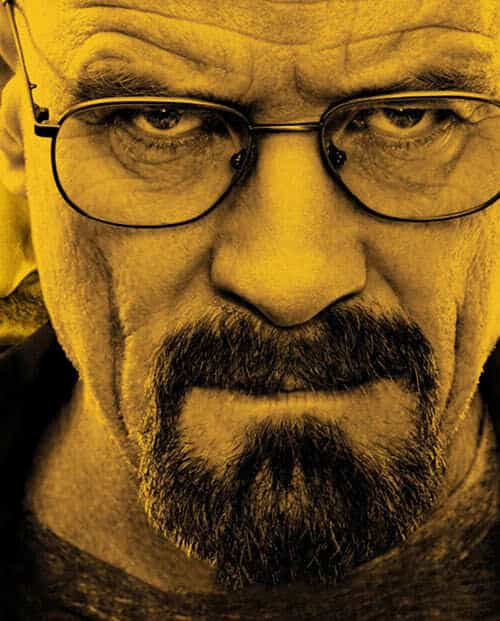 Walter White is the main protagonist in the AMC television series “Breaking Bad”. He is a fictional character played by actor, Bryan Cranston. Cranston started out as a gifted chemist and co-founder of Grey Matter Technologies. He left the company for unknown personal reasons and became a high school chemistry teacher.

In order to make extra money, he also took a job at a car wash. After being diagnosed with inoperable lung cancer, he took up the manufacture of methamphetamine to provide financial security for his wife after his death. One unique feature of this character is the Walter White beard.

White is completely bald on top of his head. However, he wears a mustache and a goatee. He keeps both well groomed. The mustache ends extend past the corners of his mouth and turn down into the beard.

He keeps the rest of his face clean shaven so that there is a distinct line where the facial hair begins. He allows this to grow thickly on the point of his chin and up the bottom lip. However, he keeps the length to a minimum in order to avoid looking scraggly. 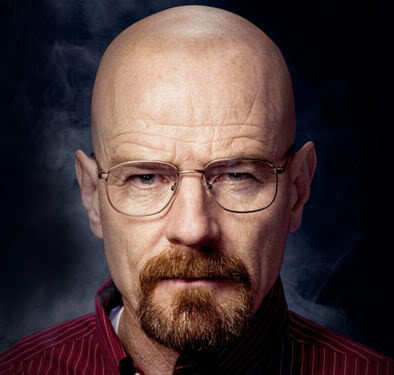 The overall effect of the combination of a bald head with the chin hair is to give him a somewhat sinister, dark look. This is actually in keeping with the character concept envisioned by the program’s creators. Cranston has made some major contributions to the character, including his personal appearance as well as his back story. As time passes, he seems to become a darker, less sympathetic individual.

The Walter White beard is far from the only thing that goes into the creation of this character. It is, however, one of the most obvious physical manifestations of the personality of the character that is defined by his appearance. One need only look into his face to see that he is a dark, disturbed character.