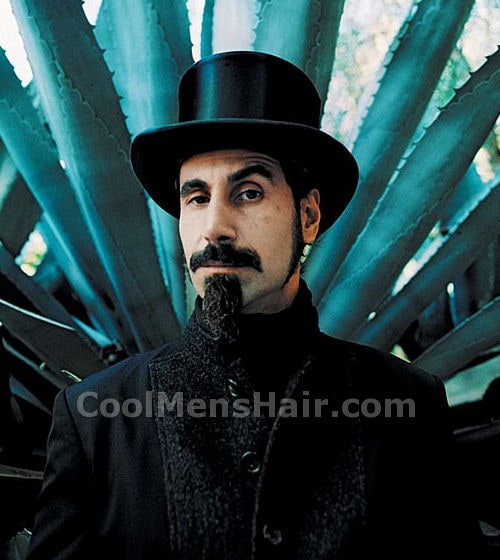 Although Serj Tankian facial hair is notable, it is certainly not the only thing that makes the lead vocalist, keyboardist and songwriter associated with the rock band System of a Down, someone to be aware of. His work with the band has included five releases. In addition, the artist has completed three solo albums and one with Arto Tuncboyaciyan.

The performer was born of Armenian parents in Lebanon and moved to the United States, Los Angeles, at the age of seven. He is a vegetarian and have been active in campaigns for animal rights, as well as receiving the Armenian Prime Minister’s Medal for his recognition of Armenian genocide and promotion of music. 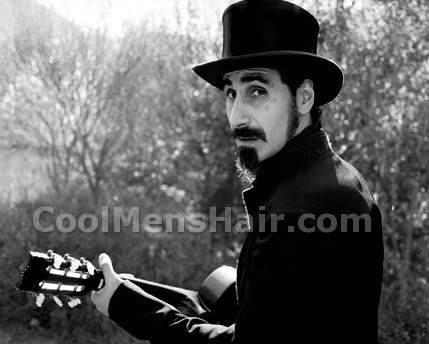 His beard is about four to five inches long and includes a full bushy mustache which is about an inch in length. The length of the beard follows the contours of his jaw line so that it comes to a soft point at mid chin.

His facial hairs match that of his head in both length and texture. The beard doesn’t appear to be shaped heavily, but is not able to grow unchecked. The jawline fringe is significantly shorter, with the cheeks being shorter yet.

Care of this feature is mostly keeping the hairs at a length that is manageable. There doesn’t appear to be any shaping with gels, mousses or creams. His style is not slick or greasy in appearance. Instead, it appears quite wiry and course, but not out of control.

Serj Tankian facial hair is a distinguishing physical feature, but it appears to be managed properly to maintain the shape at the desired length. His hair is quite dark, with no obvious graying in the beard, or at the temples. A mature man might choose this style, but perhaps with a different style on the head.