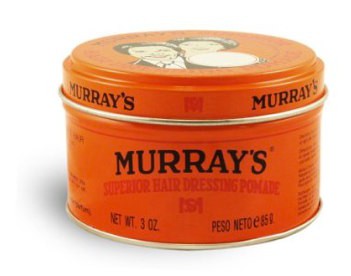 Murray’s pomade is a well known hair styling product established since 1925. Now it has variant from strong-hold (Superior) up to light-hold (Super Light) pomade. Murray’s Superior and Super Light Pomade have different characteristic, not only on its prices but also on its ingredient and performance.

As it is mention on its package, Murray’s Super Light Pomade consists of Petrolatum, Lanolin, Coconut Oil, Aloe Vera, and Fragrance. While Murray’s Superior is made from Petrolatum, Mineral Oil, Fragrance; so it is lack of Lanolin, Coconut Oil, Aloe Vera that makes the performance of both products are different from each other.

Murray’s Superior is actually the original pomade which is firstly produced by Murray; its function is as a hairdressing to control shape and definition on your hair. Murray’s Super Light Pomade can be said as a softer option and an advance type of pomade which is introduced by the company, because it has plenty style control.

The different can also be found in the way you need to use the product, Super Light need to be applied on hair after shampooing which is not completely dry, aka damp. You don’t need to soften the texture of the pomade, because it can be apply directly to your hair.

While Murray’s Superior can be apply on dry hair, it doesn’t have to be shampoo hair; you only need to rub the pomade on your hands until it get soften and apply it on the hair. It also need more effort to wash your hair after using it. Shampoos designed for oily hair and warm water can help you clean the Superior out of your hair.

Super Light is developed to create a neat looking hair for male, while Murray’s Superior is used to manage waves or slicking hair. 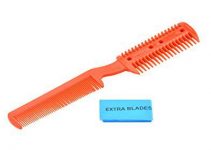