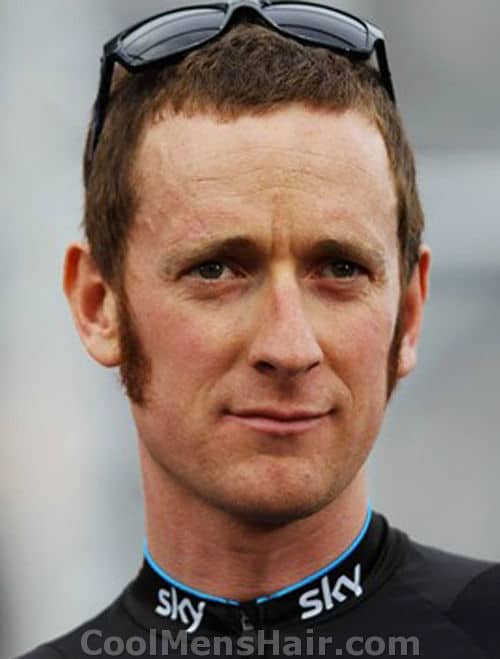 Bradley Wiggins sideburns are a well-recognized symbol of this Olympic and Tour de France star’s appearance. In fact, they have become such an identifiable trademark that he recently shaved them off. The long and wiry growth was replaced with a cropped beard. The bike ace says he doesn’t want all the fan recognition and would rather be “normal”. 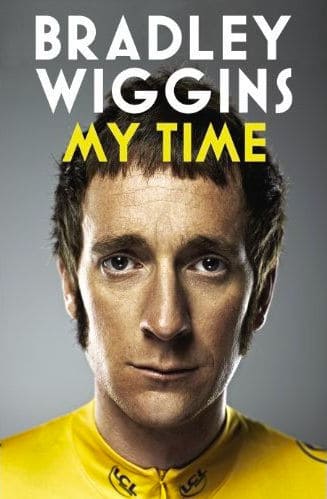 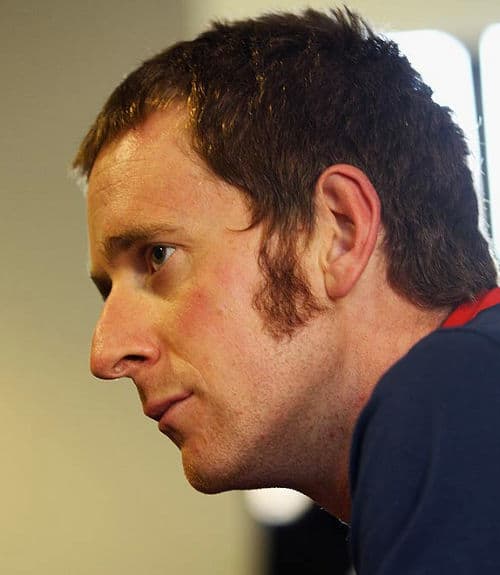 Here, the hair growth reached to below his earlobe tips. It is narrowest at mid ear and widest at the base. Approximately a spread of 1.5 inches of somewhat unruly hair is visible in pictures before the image change occurred. His hair is wiry enough that the growth doesn’t lie flat to the head.

His short bangs help reduces his long face while his bushy sideburns help add volume to his thin face. All facial hair surrounding the sideburns were shaved. The bottom of the ‘burns were shaved in a downward direction, resulting in a shorter version of the mutton chops style.

Fans were so enamored of the accomplishments of the athlete that many affixed fake sideburns as a show of support. Some of the facial growth was done with ink. Other supporters cut out gold paper in the distinctive shape and glued them onto the cheeks.

If imitation is the best form of flattery, then this athlete has a lot of positive support going on in his life. Those who want to achieve the same hair design will let the hair grow about one to two inches in length. It helps to have somewhat strong-textured hair that has plenty of body.