As a major league player, it must be disheartening to have your goatee be the major point of discussion when your name is brought up. Bobby Jenks goatee has certainly sparked a lot of talk and in many circles, even more than his pitching has. Sporting a thick and often brightly-colored goatee, this pitcher has sparked much criticism concerning his overall appearance, much of which has centered around his facial hair. 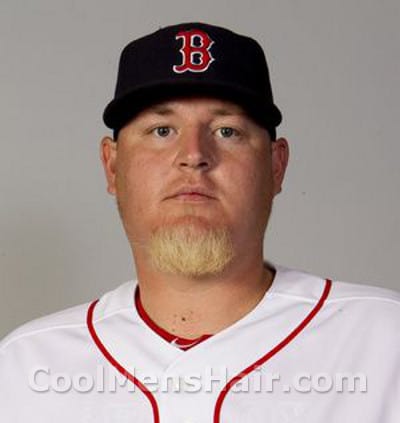 Some of the more common complaints about this particular look have been based on the bright, flamboyant colors that have been used to draw more attention to Jenks’ face. These have included platinum blond and fluorescent pink among others.

Not only do these fail to enhance the appearance of the shape of the goatee, but they appear to be drying out and damaging the facial hair as well. More importantly, few of the selected hues have complemented the player’s skin tone. 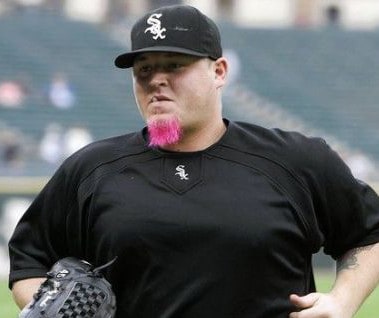 It also important to note that the whisk-broom goatee is not balanced by any significant amount of hair on the upper lip. This would help to even out Bobby’s wide set face. Sadly, this major league pitcher is not an unattractive man by most standards.

He is a bit heavier than the typical ball player but his sandy brown hair and blue-green eye would surely be better highlighted by a more attractive style of facial hair. One large part of his decision to sport this particular beard style is the likely bad boy image that he maintains.

He has certainly had his run-ins with the police. He has also been tagged as a racist and the overdose rumors abound. If the player wishes to recreate himself, a new cut, possibly even a clean shaven chin, might be the best way to get started.

Revamping Bobby Jenks beard should begin with an effort to eliminate all of the damaged strands that have been stripped, bleached, colored and recolored. The player should select a style that suits his face and one that has a significant slimming effect, without drawing any additional and unnecessary attention to his cheeks.

With freshly grown strands the player can stick to his own dark, blond color, which will bring out the natural shine of his large, blue-green eyes.