A drop fade with waves is a great haircut for any man who wants to enjoy shorter hair but has some movement due to natural curls. Rather than trying to fight the curls, allowing them to add volume, movement, and interest to the style is a great way to embrace them and end up with a look that is fresh and clean.

These are the latest drop fade haircut with waves for men to check out this year. A lot of curl in the hair can translate into great volume when the curls are allowed to create larger waves. This drop fade with waves is great for men who are willing to embrace their curls and aren’t afraid to let the movement of their waves show through.

Keeping the hair short prevents the hair from growing too long, which can result in the waves turning into curls, so it’s important to keep the hair trimmed and neat. Men who also have a beard can enjoy a great looking wavy hairstyle with drop fade when they make sure that their hair matches their beards. This is an inspired look and is sure to attract attention because it appears to put together and neat.

Keeping the hair and the beard shorter allows the tight curls of the hair to show through without it becoming longer and too difficult to keep neat. One key to making sure that any drop fade, but especially one with waves, looks great is so keep the front of the head angular, trimmed, and clean.

This ensures that the volume and movement produced with the rest of the hair and the curls are allowed to shine without the look becoming too messy or appearing to be unkempt. A great barber will be able to keep the front of the face cleaned up and angular so that the waves can shine. The perfect fade is key to this style looking its best, and when it is paired with a beard, the beard needs to be expertly faded, as well.

This is the only way to ensure that this drop fade on wavy hairstyle doesn’t look unkempt and that it looks neat and orderly. Men who have difficulty fading their beard and trimming it will need to get professional help. Nothing will add interest to a hairstyle as quickly as some hard lines or parts cut into the hair. This is a great way to prevent the style from appearing boring and looks fresh and clean, especially when the lines are regularly trimmed to prevent them from growing in.

This drop faded wavy haircut is a great look for any man who wants to draw attention to himself and is willing to stand out from the crowd.

Any of these drop fade with waves styles are a great choice for a man who has curls in his hair and wants to embrace the volume it provides. Choosing a style that will look best on you depends on the amount of curl, how much attention you want your hair to attract, and whether or not you want your hair to match your beard. 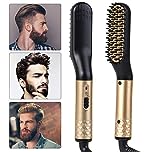 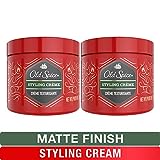